Packing for Semester at Sea: Four Months On the Ocean

Written by Kristin
You are here: Home / Blog / Semester at Sea / Packing for Semester at Sea: Four Months On the Ocean
[shareaholic app=”share_buttons” id=”20872686″]

If you recall, I sort of struck out when packing for our six-week road trip last summer. Since space was at a premium on the M/V Explorer, I put a little more time and effort into what went in my two suitcases for our four-month circumnavigation while packing for Semester at Sea. With Semester at Sea’s Spring 2012 voyage departing in just two weeks, I compiled a list of what to pack—and what to leave behind—for all future participants.

Daily wear: 30 sundresses, 3 maxi dresses. It’s true: I’m a bit of a girly-girl, but I can’t help thinking dresses are efficient for a traveler. They roll up so much more compactly than any other clothing. And I bought around 10 more throughout the voyage. I could have used even more—but then again, I don’t like repeating clothing as much as I was made to this fall. Most people brought about half the outfits I did and were fine. The maxi dresses were imperative for countries like India and Cambodia where it’s respectful to cover up. Active wear: 2 workout outfits, my running shoes. I was compelled to bring more, but knew my working out on the ship would probably be limited. I did play a number of intramural sports, as well as frequent pick-up games of volleyball, so the two outfits I did bring got a lot of use.

Lounge wear: 2 pairs of yoga pants, a handful of tank tops. The ship is a pretty casual environment. While I preferred looking nice the majority of time, many of the students wore lounge wear 99 percent of the time. Outerwear: 3 wraps, 4 cardigans, 1 denim jacket, 2 sweaters. While it wasn’t cold in any of the countries we visited other than Japan (which was just in the 60s), the ship can get pretty darn chilly. I got a lot of use out of my layers, which paired perfectly with my collection of dresses. Formal wear: 3 nice dresses. I only brought three silk dresses (one of which is pictured on the right, below), which I wore for the following occasions: formal family nights, nice dinners out in port, fine dining on the ship and meeting Desmond Tutu. Three was the perfect amount. Footwear: 2 pairs of flip-flops, 2 pairs of nice sandals. I primarily wore my Havaianas everywhere, but I brought one pair of silver Sam Edelmans and one pair of gold gladiators that together matched all my nicer outfits. Cover-ups: 2 scarves. In many sites we visited, covering your shoulders was required. I always kept a scarf in my camera bag—just in case.

Electronics: My MacBook Pro. Obviously. And if you don’t have AppleCare, trust me and purchase that bad boy before taking your Mac traveling! I’ve had my computer completely replaced twice now in three years—for free (well, minus the cost of AppleCare).

Storage: A portable hard drive. Many students’ hard drives failed due to the ship’s vibrations so I was very careful about backing up all my files after each port. Plus, photo-swapping and music- and movie-sharing are big on board, so having an external hard drive with a lot of storage comes in handy for a myriad of reasons.

Magnets. SVV had the foresight to buy these heavy-duty Rare Earth magnets, which were very useful for hanging things in our rooms. We picked up some over-the-door magnet hooks in one of the ports, as well, for hanging jackets, backpacks and the like.

Medicine: Cipro, Pepto Bismol. I cannot even tell you how many bottles of Pepto (both the tablets and the liquid) we went through in four months. That would just be disgusting (and alarming). Nasal spray like Afrin and cold medicine like Dayquil/Nyquil and cough drops also were hot commodities each time a cold circulated on the ship.

Instant coffee. It’s no big secret that the ship coffee…well, is it actual coffee? I don’t think so. We spent a lot of our funds buying lattes and cappuccinos at the coffee bar. You can avoid this excess expenditure by stocking up on Starbucks’ instant VIA coffee, which is about as close as you’ll come to the real deal while still enjoying the convenience of it being instant.

Snacks. We brought a whole bag of snacks to start, which I was against, but it wound up being a good thing. Sometimes, after it’s been awhile since the last port, the food in the cafeteria gets a bit limited. Having snacks on hand like Cup of Noodles that could double as a meal was a saving grace.

(Clearly, with all the photography we do, SVV and I brought a lot more electronics than noted above—four cameras, five lenses, a tripod and a myriad of other accessories, to be exact. For our full repertoire of gear, see here.)

What I wish I’d brought:

A water bottle. There are no water fountains on the ship, so the only way to stay hydrated is by carrying your own water bottle and filling it up in the dining room or else buying bottled water at the snack bar (an unnecessary expense). While we had a whole cabinet of Nalgenes back home, we wound up paying twice the price in South Africa since we didn’t bring any on the ship.

More costumes. There were a lot of opportunities to dress up—from Halloween to talent shows to Wacky Tacky Day—and I love any excuse for an ensemble.

A beach towel. We spent a lot of time toward the end out on the pool deck working on our tans, and the bath towels just didn’t cut it.

A nice map or other token of memorabilia. At the end of the voyage, many of the participants have all their friends sign or leave notes in a journal or on a map. If I’d thought about this in advance, I would have purchased a beautiful antique map of the world before leaving and using this as my keepsake. The ship store sells $4 maps, but they weren’t anything I would have wanted framed on my wall.

What I could have left at home:

My iPad. With my laptop on hand, there was no need for a secondary device. 2 hoodies, 2 long-sleeved sport shirts, 2 fleeces, 1 puffy jacket, 1 hat. I didn’t wear any of these. Not once. Granted, we were lucky with weather and chased summer for four months, but one heavy item would have been enough just to be safe. I wish I had used this allotted space for more dresses, particularly as all of these garments took up a lot of room. 2 jeans, 1 pair of slacks. One pair of jeans is always a smart thing to pack, but I didn’t even take the other two pairs of pants out of the bag! 2 pairs of TOMS. While I wore my TOMS often in California, I found myself living in flip-flops both on and off the ship. The tripod. While we brought this for the sole purpose of doing long exposures at the Taj Mahal, tripods were forbidden. We used it some at Angkor Wat, but all in all, not worth the hassle of hauling it around.

Brita filter. It was a good idea in theory—water from the tap on any ship is never very tasty. But I found that even when filtered through the Brita, it still tasted rather off. Instead, filling up a bottle from the dispenser in the Garden Lounge wound up being the best option.

French press. SVV and I like our coffee. Knowing it was going to be subpar on the ship, we brought our own press. We didn’t realize how difficult it would be to clean in our cabin, so we quickly packed it up in storage under our bed. What I’m glad I didn’t pack:

A hair dryer. There’s one in each cabin—plus, I hardly ever did anything besides washing my hair and putting it up in a wet ponytail. Have you traveled around the world before? What items did you find handy? What could you have done without?

TwitterFacebookWhatsAppGoogle+BufferLinkedInPin It
Tailor Made in Saigon: A New Wardrobe from Vietnam A Photo Tour of the Temples of Phnom Penh, Cambodia
SHARE
[shareaholic app=”share_buttons” id=”20872682″]
JUMP TO COMMENTS
YOU MIGHT ALSO ENJOY 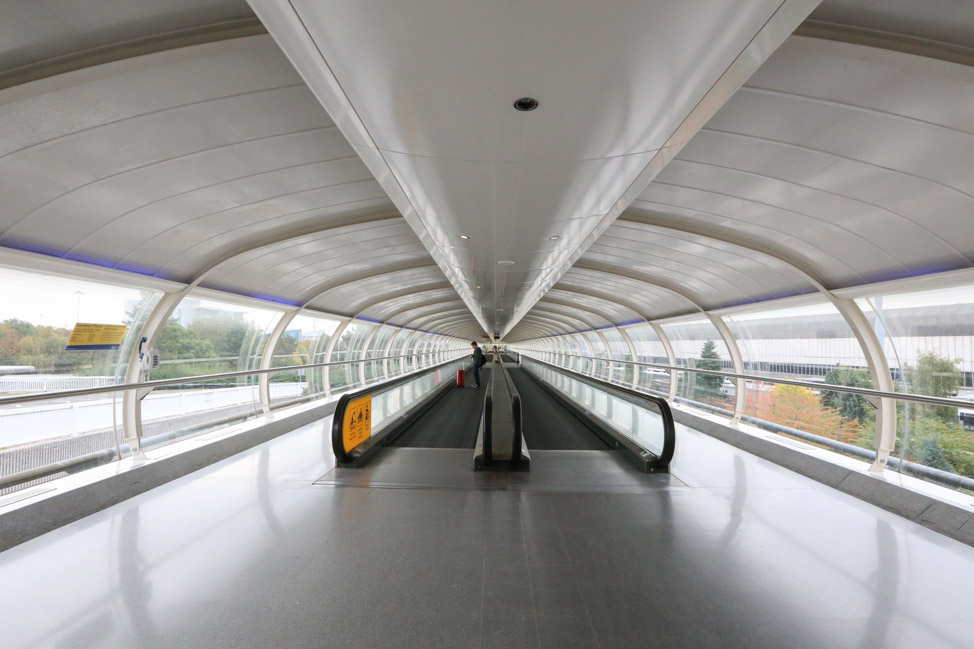 Canceling a Europe Trip During Coronavirus Was Hell on Earth