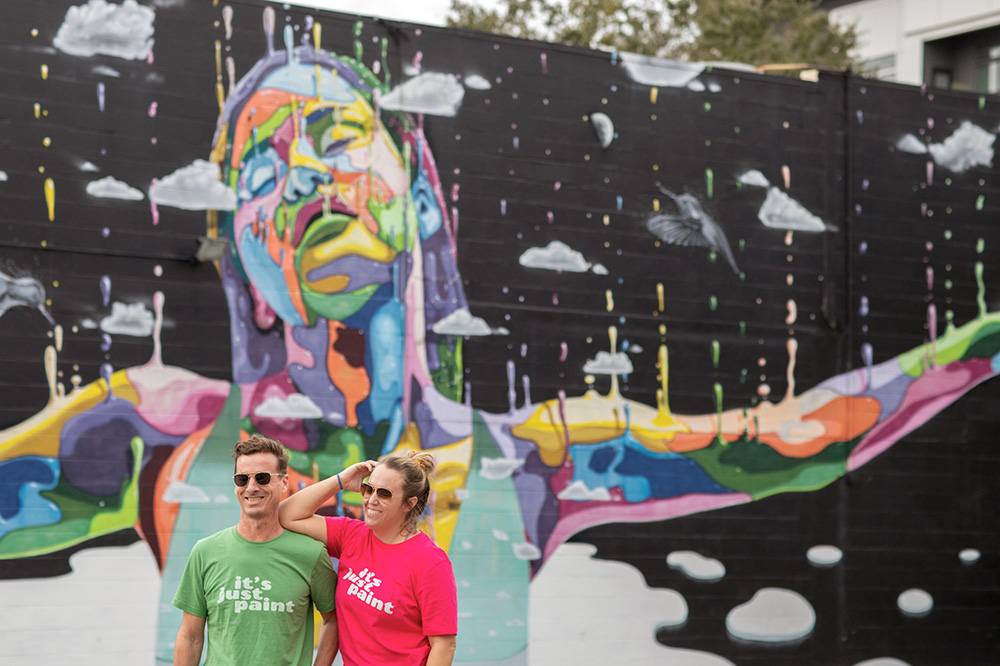 March was a great month—it feels good to finally say that after the past two years—with so many wins. I spent eight nights away from home in March in Airbnbs and am currently writing this from … Holland! This 10-year wedding anniversary trip was originally scheduled for March 2020, and then the world shut down. But we were finally able to get back to the place we met almost 17 years ago—and just days after a whole lot of travel restrictions were lifted at that.

April will see me heading back to Memphis for my third straight TravelCon as a speaker—I’m speaking with my friends Milton Howery of Memphis Travel and Angie Orth of Angie Away about how media/travel creatives, brands and destinations can work collaboratively—and if you haven’t signed up already, I hope you’ll join me in Memphis. You can use code KRISTINLUNA for $50 off your ticket here. This is a great event for journalists, bloggers, CVBs, city government officials, PR pros, marketers, travel planners, creators and anyone else wanting to learn from some of the best in the industry. I spoke at Hospitality Tennessee’s annual CVB/DMO conference. October was my first public speaking appearance in the 18 months of no conferences or in-person events, then I was asked to repeat that presentation in Manchester for the state’s trade association for hospitality and tourism entities.

Mom and I went to Palm Springs for five days. This was a trip we’d booked before Dad’s death, as Mom has a dream of going to all of the tennis majors and Grand Slam tournaments. Indian Wells is the second largest tennis facility in the world, and it was very cool to be able to see some of our favorite players like Coco Gauff and the current #1 women’s player Iga Swiatek play in that setting. Bonus: Emilie came from Minnesota to meet us for a quick two nights! Charlotte turned four! Where did our baby go? She does not stop talking and she uses bigger words and longer paragraphs than most adults I know—including, sometimes, me—and she’s just a darn delight to be around every single day. It was her first real birthday party, since the p@ndemic the last two springs didn’t make it possible to have friends over. We painted Charlotte’s bedroom murals! Ever since we painted my three cousins’ bedrooms in Memphis last year, Charlotte has been requesting a rainbow mural “with lots of little circles” on her wall. We weren’t really sure how to interpret that, but we went all in and painted three walls for her birthday! Hopefully, we executed her chaotic vision. We started a new public mural project. The installation is going on right this moment while we’re abroad, but we zipped up to Lawrenceburg the weekend before our trip to prep this massive wall right in the downtown for our NEA women’s suffrage project. I appeared on various Scripps networks the past couple months. In January, I recorded a segment via Zoom with Scripps Network’s Matt Pearl, and it aired on several TV stations across the country. It’s crazy (and cool!) how many messages I got from people from Palm Springs to Palm Beach who saw me talking about public art. You can watch it here.

I was a guest on the podcast Fabulous Fearless You. When Melanie Young asked me to do another segment on her podcast, this time discussing my blog post on getting paid what you’re worth, I was more than happy to oblige. You can listen to it here or in the iHeart app.

The turbulence of death. Our flight from Nashville to D.C. was so rocky last week, most of the passengers were turning green, I lost my Chick-fil-A right as we landed (that’s never happened before!), and SVV’s hard drive rattled itself to death. Arriving in Europe for 10 days with a dead brick of a MacBook when you’re small business owners with clients and deadlines isn’t ideal, nor is the thought of replacing yet another computer this year (we’ve replaced both of mine in the last two), but it is what it is.

Not too many true personal lows this month, which feels good to write. We all still have our good and our bad days two months after losing Dad, but the good outweigh the bad these days. April really starts ramping up our work schedule for the year, with work projects and trips aplenty. I’m enjoying the last few weeks of peace before our life returns to pre-pandemic levels of busy. What the Future of Travel Looks Like—for Me At Least