It’s already the fifth of the month, and not only did I miss my 13th blogging anniversary on Aug. 1 by many days, but I’m about as physically exhausted as I was back during my marathon days. Painting and prepping and moving stacks of scaffolding in 12-hour increments is something my body was not prepared for, but we’ve made due and Walls for Women is coming right along.

In July, I managed only five blog posts thanks to my mounting nonprofit commitments and just two nights in hotels/Airbnbs, as well as three nights at my cousin’s palatial abode in Memphis. I also VOTED in my local elections—since we’re property owners in two different cities, we were able to vote once in each municipal election as well as once in the primary—and I’d like to remind you to get out tomorrow to the polls and cast your vote, as well. August, however, is another story. We’re all over the state throughout the month and have already been in Knoxville and Maryville and are headed back tomorrow. Here’s what the rest of July looked like for us.

Hey, it’s your girl in Forbes! Forbes ran a very kind piece on DMA-events and the month-long public art project we’re currently halfway through. [Correction: Tennessee was the 36th, not 39th, state to ratify the 19th Amendment, and Juuri’s last name is not Tullahoma, ha.] Many daily newspapers like Tullahoma News and Maryville Daily Times have given us some great ink, too. Here’s one of my favorite in-depth articles written by Erin McCullough, and I also really love how much the Daily Times editor went into the “why” of this whole event (read that story in full here). We also got some nice little mentions in USA Today, American Way, Tennessee Connections and TN Home & Farm. We received a Creative Placemaking grant from the Tennessee Arts Commission. Remember how we used that same grants last year to install a bright blue octopus and some stellar bees? Well, the Tennessee Arts Commission also awarded us the grant this year for Walls for Women. Funding for the arts largely comes from the state specialty license plates, so joining the program is a great way to support small nonprofits like ours across Tennessee! I’ve filmed four TV segments that are airing this week and next. Yesterday, I was on Today in Nashville (WSMV) discussing travel; today, I’m on WBIR in Knoxville talking about the Paris Woodhull and Nicole Salgar murals; Thursday I’m on Talk of the Town (NewsChannel5 Nashville) with Meryll Rose discussing public art and the importance of voting in this election; and on Aug. 17, I’ll be on Channel 4’s Today in Nashville again chatting about the final Walls for Women install on the side of Nelson’s Green Brier Distillery.

We went to Memphis for a long weekend. SVV and my cousin’s husband John did a three-day bike ride in Mississippi just off the Natchez Trace Parkway, while my mom, sister, cousin Rebecca, the kids and I played in the pool, went to the Memphis Zoo and had a merry ol’ time. The big girls even talked us into bringing them back home with us for two weeks, and I think their parents were relieved to have them out of the house after five months at home. I know Charlotte was thrilled to have “the girls” all to herself for a good while! The Clareys also came to visit. My brother-in-law is one of four kids; each of them have between two and four children of their own. Every July, they all come out from Charleston for a week and stay at Kari and Josh’s house and let me come over and join the outdoor fun. It was as high-energy a week as ever! 10 adults, 7 kids, a newborn and some animals—and that was completely missing Josh’s brother, his wife and their three girls. Chaotic fun is the best kind. And trust me, I know that we are completely blessed to be in a bit of a bubble where we are and able to safely accommodate family members who come to visit (and quarantined prior to their arrival). Tech woes. Earlier this summer, the hard drive of my 2013 iMac—i.e. the 3TB hard drive on which I store all my work files died—and I shipped it off to a friend who runs a computer company to repair. He was unable to recover my data, so he installed a new, blank HD instead (and my data is still not recovered). Welllll, a few weeks ago, my 2019 iMac (thankfully, I had a second one!) started shutting down at random. I called Apple support and they logged into my computer remotely and said, “hm, this doesn’t look good. You need to take it to the Apple doctor ASAP.” The catch? All Apple stores are closed for the immediate future, and there is only one authorized retailer in the state currently open. So we detoured to Chattanooga en route to Knoxville, had a diagnostic checkup, and found my logic board and power supply are failing. Thank God for AppleCare! I only have to pay $15 for it to be shipped back to me. The bummer is not having my computer or any of my files at a critical time when I’m doing heavy photo and video edits on the daily for our mural festival.

People being people-y. We had two (male) building owners/managers drop out of Walls for Women because they realized we were serious in not allowing them to control the art (i.e. make it a sign/advertising/commercial speech, which is not original art in our book). If that’s not the exact fight we’re fighting—men wanting to control women’s every action— I don’t know what is. The good news, in one case at least, is that we found a much better building host for one of the pieces of art and are able to still hire an additional female artist to participate. Yay, women, and yay people who get it! I’ll be writing more about this issue in future posts when I have time to digest.

How was July for you? Go go go or womp womp?

TwitterFacebookWhatsAppGoogle+BufferLinkedInPin It
How to Get Outdoors in Memphis, Tennessee How a Mural is Made: The Story of “Wisteria Maiden” in Tullahoma
SHARE
[shareaholic app=”share_buttons” id=”20872682″]
JUMP TO COMMENTS
YOU MIGHT ALSO ENJOY 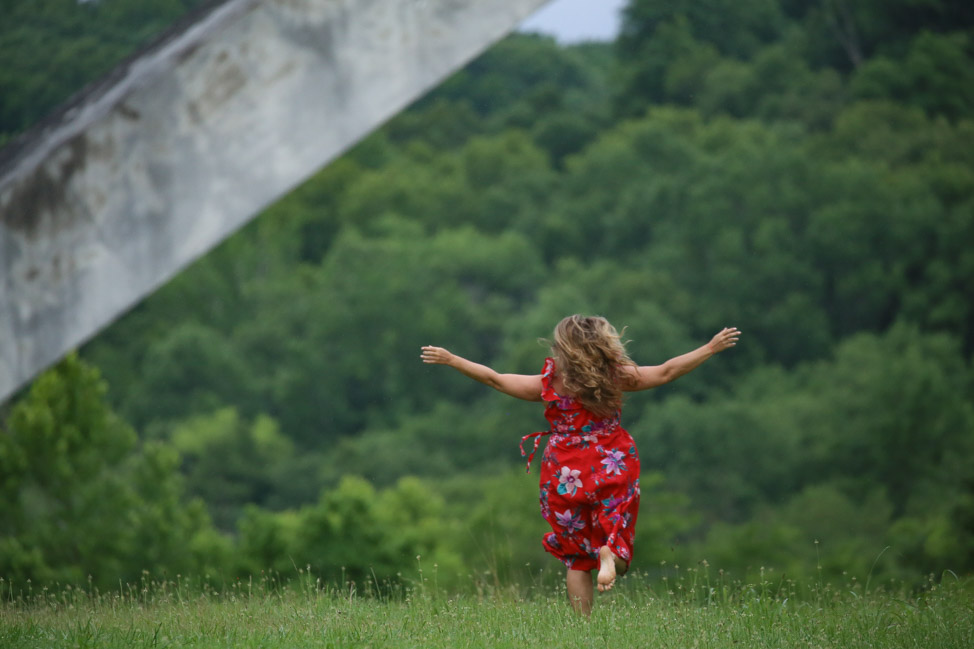 How I Got Started as a Writer, a Traveler and an Entrepreneur