After I had done my share of handstands at the Whitworth Art Gallery, Lina and I caught a cab and had the driver drop us off at the edge of Castlefield. By this, our last day, we were on a tight schedule so we didn’t spend much time at the Museum of Science and Industry, but seeing as my companion is an engineer, I humored her with a quick walk-through. I mean, I feel it’s only fair given she willingly indulged my photo shoots all around town! Exploring Manchester, from Castlefield to Spinningfields

From Castlefield, we continued on to Spinningfields, where Lina had gone out the night before. She tells me it was a very different place at night, all lit up and alive, but I liked it just fine in the daylight hours where we had the place relatively to ourselves. Spinningfields is in the city center and a £1.5 billion commercial, residential and retail project that’s been slowly built up over the past two decades. There were plenty of places to grab a bite, but we arrived at a weird time between meals so we were on the lookout for a cozy cafe. It had gotten chillier as the week progressed, but we found a nice corner for a spot of tea al fresco nevertheless. I had strategically plotted our route for the day with the sole intention of spending some time in our next destination, John Rylands Library, a striking contrast between the glitzy new construction and the Manchester of old. I knew I couldn’t leave the cosmopolitan city without exploring one of its most popular attractions or risk being banned next time I tried to come back! I had been told that many equate John Rylands to “real life Hogwarts,” and I won’t disagree with that lofty claim. From the moment, Lina and I stepped foot into the entryway, our mouths were agape. This type of British grandeur no doubt inspired J.K. Rowling as she wrote away in a cafe in Edinburgh. The further we went into the hollowed space, the more evident it was that the piece of architectural brilliance could have easily concealed Harry, Hermione, Ron and their fellow Gryffindors among its soaring neo-Gothic arches and dense stacks of old books. I tried an accio charm, just to be sure, but it didn’t produce Luna Lovegood or any of my other favorite Hogwarts students. Part of the University of Manchester, John Rylands was built in the 1890s and is free to visit. Sadly, because it is a working research library, you can’t actually visit the second floor, though believe me, Lina tried her hardest to find a way up there! From Spinningfields, we caught a cab back up to the Northern Quarter for the third time. I’m telling you, friends, I could have spent my entire three days there just exploring everything this artsy neighborhood had to offer! Back to the Northern Quarter for a final afternoon

We did have one meal left to accomplish before leaving Manchester, and that was an authentic curry dish. My friend Andy, suggested This & That, and Lina and I were more than pleased to have an excuse to return to the Northern Quarter. For six pounds each, we got “rice and three” (three kinds of curry), plus a side of naan. And I will agree, it was top notch! While there, we were so close to Ziferblat—bless you! doesn’t it sound like a sneeze?—that we couldn’t not stop. Andy had told me about this concept the night before: It’s a pay-per-minute cafe and meeting space with unlimited coffee, cake and tea, not to mention free WiFi (well, you’re technically paying for it, but just pretend you’re paying for the coffee and tea and the wireless is free!). Totally speaking my language! At six pence a minute, it’s far cheaper than visiting a traditional coffee shop where you’d easily pay 3 pounds and 60 pence for a coffee alone. And did I mention? There’s unlimited cake! Lina and I tried our hand at chess while we caffeinated up and checked our Instagrams, before hitting the pavement once more for our final night in town. TwitterFacebookWhatsAppGoogle+BufferLinkedInPin It
Wit & Whimsy: Art in Manchester, England’s Cultural Hub Up in the Clouds: The View from Manchester’s Sky Bar
SHARE
[shareaholic app=”share_buttons” id=”20872682″]
JUMP TO COMMENTS
YOU MIGHT ALSO ENJOY 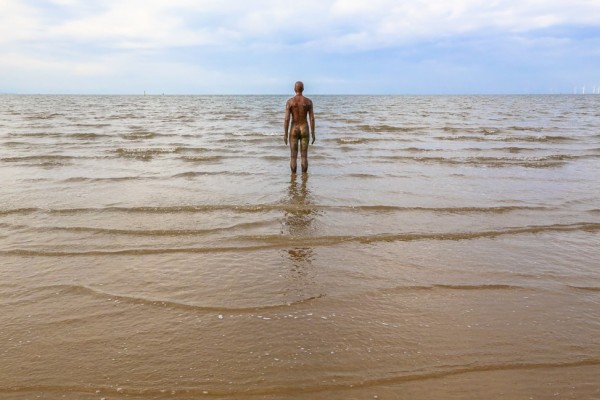