Why I Designed Our Guest Bedroom First in Our New Home

Written by Kristin
You are here: Home / Blog / This Old House / Why I Designed Our Guest Bedroom First in Our New Home
[shareaholic app=”share_buttons” id=”20872686″]

At this point, our house is (mostly) livable, but few projects are completed—most are far from it. So it gives me great joy that we finally finished one room from start to finish. In fact, I love it so much, I can often be found just standing in the Lemon Room, gazing at it lovingly. But first things first: We had to strip the carpet, scrape the ceilings, sand and paint the ceiling, cover the walls in Benjamin Moore’s Swiss Coffee and have a hardwood floor guy come and refinish the poplar that lay beneath (yes, this is the original 1800s floor). This was what it looked like when we moved in: The inspiration for this room came from a lone chandelier. While visiting a friend down in Shelbyville for lunch one day last summer, I popped into an antiques mall. I’ve never overly wild about yellow—and I didn’t even own a house at that point—but I saw this beauty for $45 and had to own it. Little did I know, a few months later, my collection of yellow home accents would be out of control. But next, I found the gray (non-matching) bedside tables after I went and picked up our own his and her dressers from an antiques dealer I met via Craigslist. She sold (past tense, she no longer works there) out of La Vie en Rose Cottage in Nashville; I have since become pals with the owners and buy many of my antique pieces from their store. They ran for $50 and $65, I believe. Then I bought the curtains. We have a whole lot of windows—66 to be exact—and due to the hexagonal shape of them in many rooms, we can’t hang drapery. The Lemon Room was one of the few we could add a couple curtains for decorative effect, and so I snatched up these Z Gallerie Mimosa panels in charcoal when on sale last fall. (You’ll soon learn I don’t really believe in buying things full price.) Next up: the runner. I wanted something to lighten up the room more and give the open space some pizazz, so I found this zigzag wool rug from West Elm for $149, and waited until they were having a 30 percent off special to purchase it. I mean c’mon, like I was going to own my first house and not have a trace of chevron anywhere! We still had my beloved Vera Wang queen mattress from San Francisco and decided to put that in the guest room in favor of a king in ours (for the record: the Lemon Room bed is far more comfortable than ours, and I sleep across the hall often as a result!). I didn’t think we’d do a headboard, and then I found this scroll frame at Pier1 Imports on sale for $149, so I bought it and we spray painted silver to match the rest of the room. SVV found the antique armoire from the 1920s via Craigslist in Brentwood for $265 and hauled it home in a huge storm, which was fun. I have been known to peruse sites like One’s King Lane regularly and found this mirror for $80 on Joss & Main. Over Christmas in Memphis, we went to my cousin’s favorite homes store, I.O. Metro, where I purchased both the geometric pillow ($70) and the umbrella stand ($80). The lamp stands and shades came from World Market (around $40 per lamp), and the mug ($8) and water glasses ($4 each) came from Anthropologie. The other little odds and ends like the vintage clock and the frame ($5 each) came from various nicknack and secondhand stores. I then put fake flowers from IKEA and Z Gallerie (around $8 a bunch) inside it in lieu of umbrellas, and this might be my favorite part of the room because the guest doesn’t know it’s there until they shut the door to go to bed, then bam! A colorful pop of sunshine greets them. In January, you may recall that we finally tiled the ugly painted fireplace. It went from this: The new sunflower hue added a lot of character to a formerly drab room. Finally, last week, we hung the three city prints I bought from BirdAve last fall (a bundle of three 16x20s for $120)—the three cities near and dear to my heart, San Francisco, New York and Nashville—in the silver IKEA frames I purchased in Atlanta ($15 each). Just when I thought the room was done, I was in Pier1 with my mom last week and found these turquoise pillows for $15 apiece. Originally, the whole room was going to be canary yellow and slate gray, until I added the city prints and really liked the shade of blue BirdAve offered. Now all that’s left to do is find some cute tie-backs for the curtains. I had thought I wanted to hang one of our photos in canvas form over the fireplace, but I think there’s enough going on in the room already. Besides, then it would distract from the lovely piece of artwork my cousin Kelly made. So…what do you think? More importantly, now that one guest room is all ready to welcome visitors, when are you coming to stay? My Happy Place: Creating a Guest Bedroom Oasis You Love 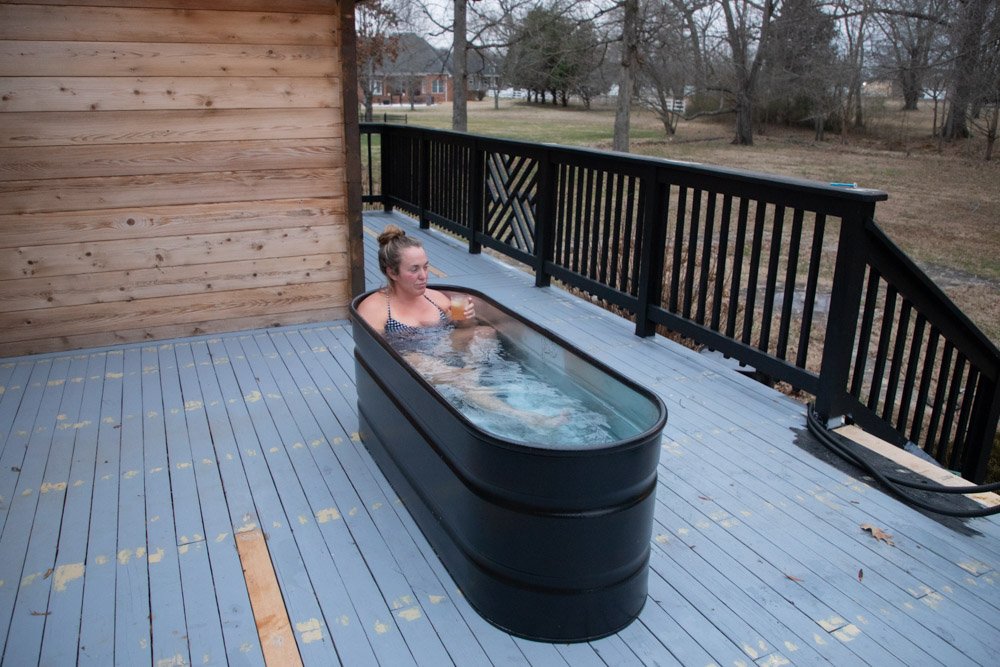 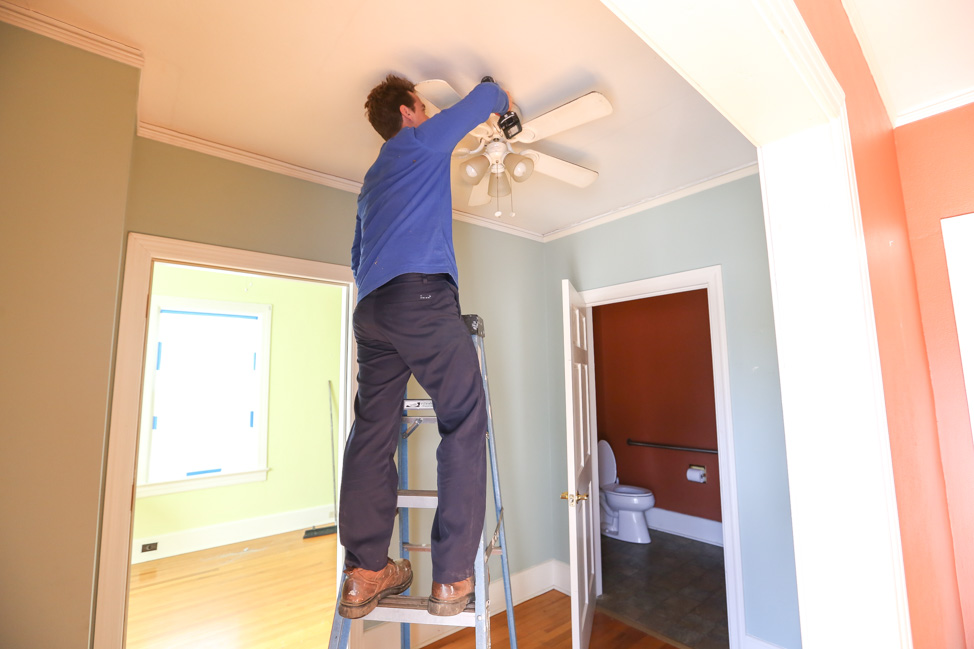