My obsession with whiskey and bourbon didn’t actually start in Tennessee, though the story finds its way here … eventually. Rather, I left my home state at age 22 when my palette was too young to be refined, and I thought Jäger bombs and whatever was cheapest on tap—usually, something watery and disgusting, thanks to my years roaming Knoxville’s lively Strip as a penny-pinching student at the University of Tennessee—were the way to go on a Friday night (and a Saturday, and a Tuesday, if I’m being honest). It wasn’t until I reached the shrewd age of 25 in California that older, much wiser friends introduced me to the beauty of my Tennessee roots: whiskey, bourbon, all things brown liquor. And for the past decade and change, I’ve only delved deeper into that world, now having completed the entire Tennessee Whiskey Trail—according to official records, I was third and SVV was fourth—and becoming a big proponent for the spirited history of my state, which includes the Grains & Grits Festival in Tennessee. Many of you long-time readers know that I hail from Tullahoma. Don’t know where that is? Well, I’ll just go ahead and show you: a respectable 12.5 miles from Jack Daniel’s Distillery and 3.5 miles from George. I’d long been taking all my out-of-towners to Jack for the full distillery experience, since I was barely legal. And George is on a first-name basis with everyone in my family; if my mom comes over and we don’t have Dickel and Sun Drop, the other local beverage for which my town is known, in bulk, she becomes irate. A (Diet) Dickel Drop fuels that woman. (Sorry for exposing your skeletons, Mom.) Around the time we returned to Tennessee, bourbon and whiskey started having a moment, thanks to a legislation change in 2009 largely spearheaded by our friend Heath Clark that played on the notion that “if folks are OK with drinking, then they’re OK with making [spirits].” That law opened about 70 percent of the state up to distilling, and as a result, the spirits industry has prospered; there are now 27 member distilleries on the thriving Tennessee Whiskey Trail. Now, let’s talk about another love of mine: The Smoky Mountains.

Did you know that the Smokies is the United States’ most visited national park, with more than 11 million people annually coming to see its beauty for themselves? It’s true, I swear it. My grandparents spent the first 30 years of their lives right near there in Knoxville. My grandmother’s brother, my Uncle Tom—and yes, he had a cabin (no, really)—lived right on the park’s fringe, and summer trips as kids were spent making our base from his house, biking Cades Cove, tubing on Fort Loudoun Lake, floating the river in Townsend. For those who have yet to experience the majesty of the Smokies in all her glory, I feel for you—you need to remedy that, stat. So how about making that first time in November when you can enjoy all my favorite things—Tennessee whiskey, Southern bites and the Smokies’ fall foliage—all at once via the annual Grains & Grits Festival? Now, that is a trifecta I can support with my every last taste bud. In collaboration with Smoky Mountains Tourism, a group of whiskey-loving Tennessee folk are putting on the fourth Grains & Grits Festival on Nov. 2 that celebrates craft spirits and gourmet grub in one scenic setting, the heart of Townsend,  nestled within the Smokies. You may be wondering who all is participating. Well, from the looks of things, everybody who’s everybody, i.e. every major distillery in Tennessee. I’m sure more than a few of these names will sound familiar:

That’s a whole lot of delicious liquor in one place! But it gets even better.

What’s a festival without plenty of delicious food? A dozen restaurants from Blount County and the surrounding area will be dishing out some of their best food throughout Grains & Grits. And, lastly, what’s bourbon and food without some entertainment and delicious beer to round it all out? There will also be a pair of breweries, a winery and live music to round out the evening. Now, here comes the best part of all: SVV and I are heading back to the Smokies next week for Grains & Grits, and you can come hang with us!

All you have to do is enter your name in the Rafflecopter widget below and tell me this: What’s your favorite spirit? It’s as easy as that! THE CONTEST IS NOW CLOSED.


If you weren’t fortunate enough to win, you still can purchase Grains & Grits tickets of your own to the one-day festival. Looking for more whiskey travel inspiration? Check out our travels down the Tennessee Whiskey Trail:

TwitterFacebookWhatsAppGoogle+BufferLinkedInPin It
Let Me Entertain You: Live Music, Performing Arts & Entertainment in OKC Do More Art: We Produced Our First Mural Festival
SHARE
[shareaholic app=”share_buttons” id=”20872682″]
JUMP TO COMMENTS
YOU MIGHT ALSO ENJOY Nashville Neighborhoods: What to Do in SoBro 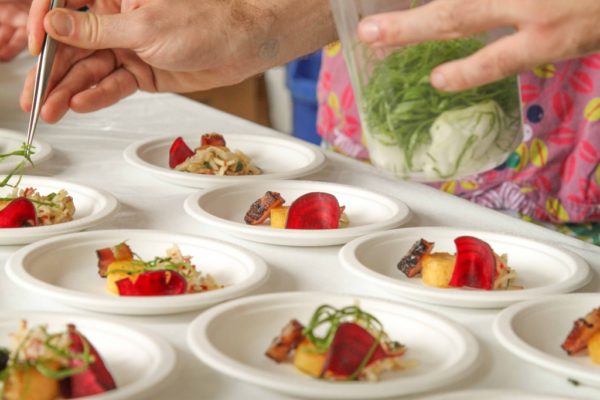