There are whole lot of tourist draws in the area in Middle Tennessee where I grew up: There’s Lynchburg, home to the famous Jack Daniels distillery; there’s Sewanee, the most beautiful college campus in the country; there’s Bell Buckle, where people hail from near and far to try the Southern fare at the eponymous cafe; there’s, of course, Manchester, which boasts one of the music industry’s biggest events, Bonnaroo, annually; and there’s Shelbyville, which welcomes a quarter of a million walking horse horse lovers for the Celebration, an 11-day period over Labor Day each year. What is a Tennessee walking horse?

Growing up down the road from Shelbyville, I just took it for granted that everyone knows what a walking horse is—after all, a horse is a horse. Or is it? (What—you don’t know? Apparently, that’s not the case.) I’m not sure of the proper way to explain it, but the walking horse walks fast at a brisk pace that lifts its legs high like a Clydesdale. Walking horses that show are based on leg height and extension. (Or something like that.) Wiki states that they were originally bred to “carry the owners around their lands” and are “known for their unique four-beat ‘running walk.'” There you have it. And they wear sparkly outfits, which is just icing on the cake—the riders, that is, not the horses. I had been down in Shelbyville the week before to interview some of the visiting trainers and was shocked to learn that children as young as two compete, including these adorable almost-five-year-old Chinese twins, Bebe and Maxine, who live in Venice, California and were participating in their fourth Celebration. I thought I misheard them when they told me this, but nope—’tis true. Inconceivable! I got to see them compete in lead line on the final night, and it was funny to see them in tuxedos and not tutus! Calsonic Arena in Shelbyville: where the magic happens

The outdoor arena where the shows are held is pretty cool and seats 30,000 people at once. While SVV and I weren’t exactly sure what we were watching, it’s one of those experiences that’s fun even when you have no clue what’s going on! My former roommate Katy—copy chief at Teen Vogue, I might add—happened to be in town over the weekend of the Celebration to visit, and so she accompanied us to the third night of the shows. Presenting awards at the Celebration

We went down onto the field and presented awards. In as random as my life is, this was probably one of the more random things I’ve ever done—serving as an awards presenter at the Celebration. We had been told “not to wear cutoffs—but don’t wear sequins either.” Check and check. Good thing sundresses are my daily wardrobe. What no one told us is that plenty people would be in sequins, particularly all the “Miss This or Thats” who were also handing out trophies. After we waited and waited, then waited some more, then gave our award—which more or less consisted of us walking out on the track carrying a huge glass bowl, posing with the winner, then carrying the huge glass bowl back to the central podium—they asked us to stay and give out another. And then another. Before we knew it, we had participated in four different classes. The funny thing is that while our job was relatively easy—smile! look pretty! don’t drop it!—you would think it was rocket science with as much direction as our escort friend gave us on how to hold the darn thing. But I didn’t have enough of the Celebration in one night—oh no. My cousin Rebecca and her girls were here to visit for Labor Day, so we took her four-year-old, McKayla, to a “girls’ night” at the Celebration (or the World Championships). I think she was impressed (until she fell and skinned the whole front side of her shin, that is…you’ve never heard a child scream so loudly). I’m pretty sure she was just there for the popcorn and donuts in the first place, though she did tell me at the end of the evening: “this is the coolest girls’ night ever!” (Probably the sugar talking.) Have you ever attended the Celebration in Shelbyville, Tennessee? 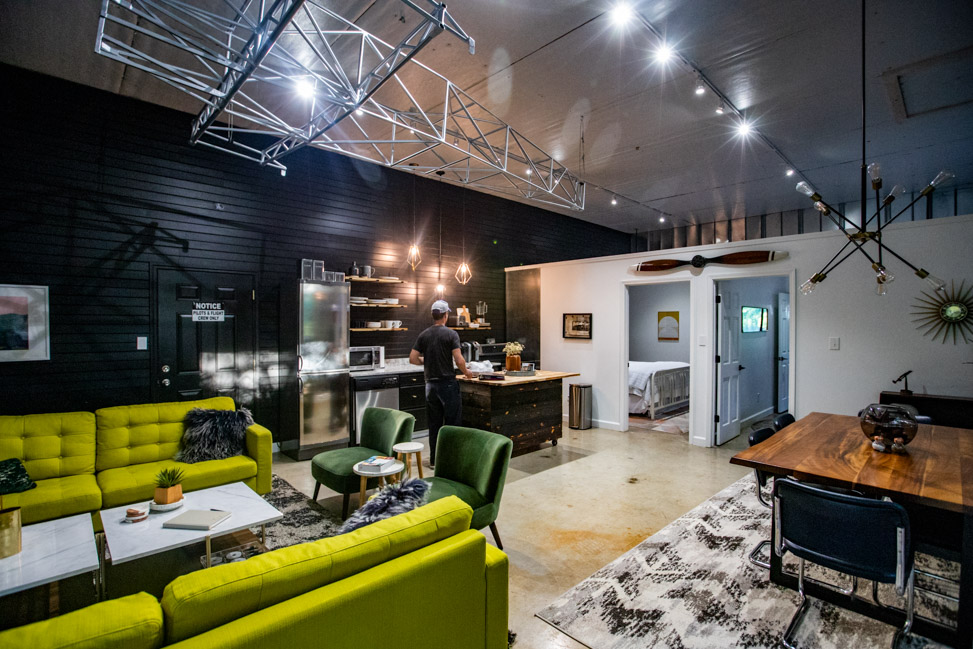 Stay in a WWII Airplane Hangar, Train Car or Dolly Camper in the Smokies City Dog Goes to the Smokies: A Sevierville Weekend