I made it a goal for the year to celebrate small victories, and so far, the first two months of 2017 have been far better to us than all of 2016 was.

Let’s take a look back at what happened these past 28 days, shall we? My birthday! I’m a bit biased, but I happen to think February is the best month, and I’m one of those people who loves celebrating a birthday. Birth-day? I think you mean birth-month! And I have some awesome friends who celebrated with me in Nashville the night before at Nicky’s Coal Fired before I had a family dinner at my parents’ house on my actual birthday (Feb. 23). 34 is feeling good so far! I’ve upped my running mileage. There was a point a month ago when three miles hurt (and it still does, at points). It felt as if I’d never be able to run anymore than that. And while it’s still not easy to say the least, I’m up to nine miles, so that’s something, right?

We spent a full week in Grenada. I haven’t been this excited about a trip in ages, and I can’t wait to tell you guys all about my new favorite island. Fathom named C&C one of its top reads of 2017. After blogging for 10(!) years, it’s still nice to get a shoutout hear and there. And thanks to Lost in Cheeseland for nominating me!

We saw Little Big Town’s opening show of their Ryman residency. One of my favorite bands kicked off a nine-show, year-long Ryman residency the day after my birthday, and SVV, my mom, my dad and me were at the Mother Church to watch it in person. Want to know who else decided to show up? Sam Hunt and … Chris Stapleton! To say it was an epic night is an understatement. This was my third time to see Stapleton play the historic venue and the best show yet.

My friend Lindsay’s blog turned 10, and she had an epic brunch party. If you’re not reading Love & Olive Oil, you’re missing out. She started her blog exactly six months before I launched Camels & Chocolate, and she really set the bar high for my own blog birthday—a DECADE, y’all!—this summer! I’ve already been brainstorming party ideas … who wants to come? Seriously, I’m convinced my food blogger friends are more talented than most pastry chefs I know! Well done on the macs, Southern Fatty! I guest-blogged for my pals at Hecktic Travels. They’ve had quite a rough six months with Dalene finding out she has cancer, so they’ve been turning over their space to guest writers like myself, and I was humbled to get to share an essay on traveling in the Balkans with their readers.

I’ve acro’d my butt off. I made it to class five out of six weeks at Steadfast & True Yoga, in addition to jamming with my new friend Suzanna and SVV a whole lot at our home gym. We even started weekly jams of our own and are sharing the acro gospel with some fresh blood! I co-hosted a baby shower for my friend Tabitha. There are few friends as loyal as Tabbulous, and I’m just glad we got to celebrate Baby “Otto” Tune (…get it?) in style! (And no, that’s not the baby’s actual name, though I’m still lobbying for it!) We gained a client. On top of starting to work with the Opry for 2017, we’re also now working with the city of Manchester (Bonnarooooo!) on marketing and branding, and I can’t wait to share some of the things we have in the pipeline.

Upcoming trips with Lemon! Remember my soul mate Lemon, the one who I lived with in college, squatted with when my New York roommate turned out to be a legit psycho, served as matron of honor for in her wedding, visited for a long weekend in Austin last summer and, oh yeah, the very one who married SVV and me off seven years ago? That one. She and I have a Southern road trip from Atlanta to South Carolina scheduled in just a few weeks, then we’ll be back in Charleston together for five days in April with our menfolk for our other college pal Ashley’s wedding and bachelorette. We lost a client. It was one of my biggest income generators for the past three years, and as a freelancer, those anchor clients are clutch in continuing to grow your annual income. The company, a major corporation based on the West Coast, revamped their entire content strategy so they killed the component I’d been writing, and while they did ask if we’d be interested in still working with them on a project basis—to which I said yes, of course—it’s kind of a bummer to lose that consistent monthly paycheck. Plus, the editors I worked with there are just so sharp and always on it. Oh well, moving on…

I’m allergic to dogs. If you know me at all, you know this is the saddest, most startling revelation ever. After struggling with respiratory issues for the past six months (see: why it’s been so hard for me to run), I finally went to a doctor of immunology who did chest X-rays, breathing tests, bloodwork, the likes. Surprisingly, I’m not super allergic to many outdoor elements, but I’m highly allergic to dogs, cats and dust mites. Womp womp. I’m about to start bi-weekly allergy shots for 15 weeks, followed by monthly for the next couple years, so if anyone has had any experience with this, please let me know what to expect!

All in all, not a bad month. And how was your February?

TwitterFacebookWhatsAppGoogle+BufferLinkedInPin It
Introducing Your Next Vacation Spot: Grenada Mingling with Mermaids: Diving Into Grenada’s Culture
SHARE
[shareaholic app=”share_buttons” id=”20872682″]
JUMP TO COMMENTS
YOU MIGHT ALSO ENJOY 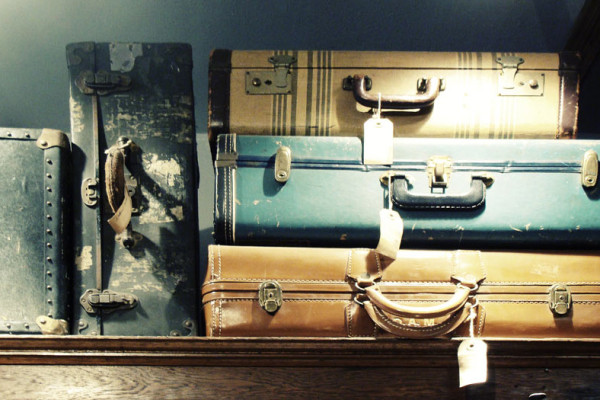