Put the Pedal to the Metal: Drive a Corvette in Bowling Green

Written by SVV
You are here: Home / Blog / Kentucky / Put the Pedal to the Metal: Drive a Corvette in Bowling Green
[shareaholic app=”share_buttons” id=”20872686″]

I slid into the cockpit of the car with a quick spike in adrenaline coursing through my veins. Having some experience with high-horsepower hotrods since junior high, the thrill of crawling into the driver’s seat of a new, mid-engine Corvette was something else entirely. Yes, I finally fulfilled a dream of driving a Corvette in Bowling Green.

The track was sleepy on a weekday, and while I’d thought about the experience a bit before driving up to Bowling Green, the reality of it didn’t truly sink in until I saw a line of six Corvettes on an empty racetrack. “I’m about to mash the throttle in one of those,” I thought, my pulse quickening. The goosebumps didn’t subside one iota when we got into the seats and I was shown how to start it up, horsepower gurgling in the chambers and echoing in my ears. This post is in partnership with Visit Bowling Green. All track photos are by ABI Photography.

My history with hotrods

My dad was an avid hotrodder who grew up in the 50s; he and his brother owned a matching pair of ’57 Bel Air Chevys, and very early on in life, this passion was transmitted to me. When I was 14, he bought another Chevy, this time an early 70’s pickup truck that had a tuned dragster engine beneath the hood. It had a 350-cubic-inch motor, port and polished heads, solid lifters, headers, a Holly carburetor and a high lift camshaft, making it a fire breathing beast of a power plant that I put to good use by wearing out the rear rubber and letting the factory installed smoke drift into the neighborhood while in high school.

Having spun the rods or floated the lifters a few times on that truck because I have a chunk of lead in my right foot, I quickly learned how to remove, rebuild and reinstall these engines. My auto shop teacher was a saint and these projects consumed the every day. This marked the start of a love affair with oil, horsepower and the thrill of acceleration that occurs when you’re in the driver’s seat of an American-made muscle car. The National Corvette Museum built its $20 million, dual-track motorsports park in 2013; today, it is one of the best race tracks in America that allows drivers to bring their own vehicle for some laps. We arrived on a crisp fall morning, Kristin immediately crawling into the passenger’s seat after we got a quick briefing about the racetrack. We would be chasing a driver over four laps on the 3.15-mile closed course. This was to ensure that we got the maximum benefit of the experience instead of poking around and having to test the unfamiliar environment of a twisty track, and it was really helpful for me to have a vehicle in front. Right out of the gate and after we’d passed the pitstop area, the pace driver punched it and it was on. He told me prior to hopping into his new-model Camaro that if I fell behind he’d ease off the throttle slightly to let me catch up. While he most definitely needed to do that occasionally, we caught him a few times and triggered the traction control system often as I unleashed the 500 horsepower beneath the hood of this cherry-red animal. The course itself has a handful of high acceleration corridors with numerous technical chicanes and blind drops, making it a worthy challenge to a racecar like the Corvette. When we were leaving a couple of earlier model Vettes were lining up for some fun runs and the manager told us that car clubs from across the region come in on a regular basis bringing in their own hotrods, including foreign models. A tornado swept through Bowling Green last year, and while it thankfully did no damage to the track, the storm ruined all of their outbuildings. As a result, NCM Motorsports Park is undergoing some big upgrades and renovations that will include a rooftop bar and are estimated to be complete in winter 2024. In the meantime, the track is still very much open for business.

After a morning at the track, the National Corvette Museum was a natural next stop. I’ve been to a lot of car museums over the years and this destination is by far the most interesting, thorough and timeless for an American hotrodder. It is a gorgeous edifice that personifies the bespoke, peel-your-face-off hotrod and well worth the visit, even if you don’t drive. Simply put, they have every Corvette model through the years and many, many one-of-a-kind versions that will knock your socks off in their rarity. The site of the museum is perhaps most famously the very spot where a sinkhole opened up in 2014 and gobbled eight Corvettes. Luckily, no one was injured, and the museum now has an exhibit at the site of the sinkhole that explains this natural phenomenon. To cap off your experience driving a Corvette in Bowling Green, head across the street to the assembly plant, the only facility in the world that manufactures and builds Chevrolet Corvettes. Bowling Green Assembly has produced more than a million Corvettes since it opened in 1981 and, for the first time in five years, is opening to the public for tours after GM invested $439 million in a new paint shop and other facility upgrades. So, what say you: Would you slip behind the wheel of a C8 Corvette and chase a lap car? 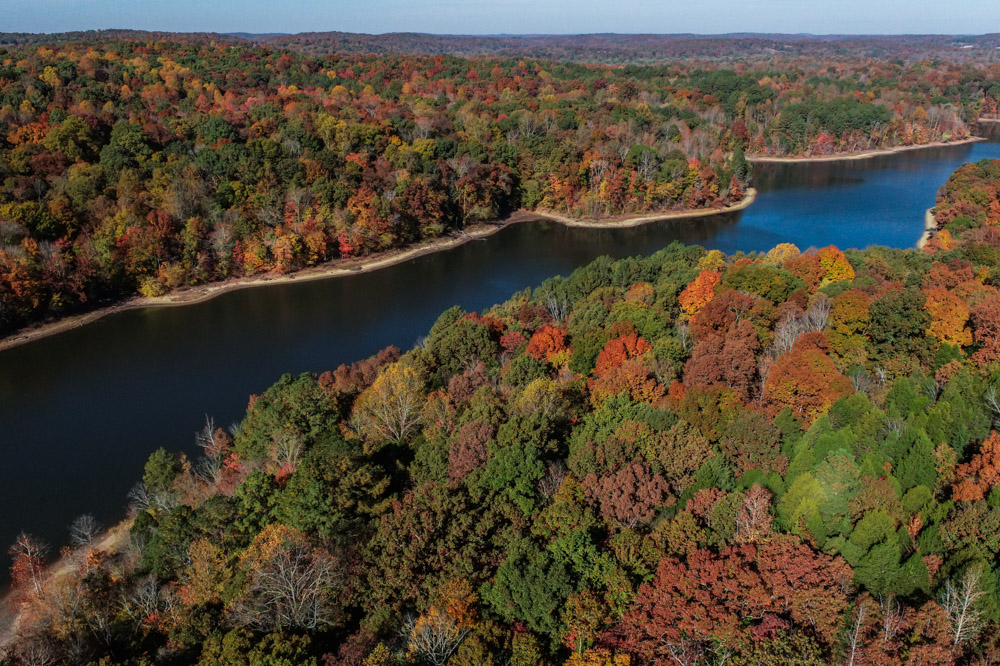 How to Plan an Epic Trip to Bowling Green: A Weekend Itinerary