Hi humans, it’s everybody’s favorite pint-sized pound puppy, stopping by to catch you up on my (mis)deeds. I’m sure you’ve all been wondering where I’ve been, but Mom claims she’s had more pressing stories to tell. Psst. I say she’s just jealous of my widespread appeal and Internet popularity. Luckily, she and Dad are currently bedridden with strep throat so I’m stepping up to the plate to take care of things around here.

Since we last chatted, I’ve been to Mars and back. Well, it seemed that way at least, as Mom stuffed me in a squishy, ventilated bag that I liken to a spacecraft and shoved me under an airplane seat to transport me all the way across country to Tennessee for the holidays. It was a long 10-hour trip in such tight quarters—and even worse coming back. I was an angel, though, and she didn’t even have to give me a sleeping pill to knock me out! Only once did I crawl out of the bag and start prancing down the aisle when she made the mistake of opening the bag so I had some room to breathe… That’ll teach her. I got to go back to my birthplace, which was fun, but I’m hardly top dog there…I have to share the spotlight with five other Malteses (my birth mom, my birth dad, my two half-brothers and a crotchety, old uncle). This is my birth mom, Katey…don’t we bear a striking resemblance? She’s only a year and three days older than me, after all…hussy. Though I’m clearly top dog where my granddad is concerned; he skipped work for three whole days to stay home with me while Mom and her mom and Aunt Kari went to drink something called butterbeer down in someplace called Orlando! Ahh, who am I kidding? That was the best part about my holidays: constant playmates! Mom Katey, was super rough with me—she must have thought she was re-enacting Marky Mark’s starring role in The Fighter with as much grit as packed with each punch; she plays dirty and pulls the other dogs around the house by their tails!—but I eventually learned the ropes, and pretty soon was throwing her off the couch for each time she head-butted me. It was cool! And naturally I got more presents than anyone else, including this super bad a$$ Harley Davidson get-up from Aunt Kari’s boyfriend Richard. How intimidating do I look? All I need now is the leather chaps to complete the ensemble. I went and stayed with my grandparents just outside of Sacramento for a weekend while Mom and Dad abandoned me for some conference called Snowcial, but that’s OK, because my Grammie and Grandpa are the best! Besides, two weeks later, I got to go along. It was my second trip to Tahoe, and Mom said there’s another one around the corner in February. Good, because I love the snow! This time, we stayed in the Deerfield Lodge on the South Shore for Mom’s work. It was awesome because they looooove dogs there, and there were even two other pup hosts named Baylor and Bentley. I guess now would be a good time to tell you I’m finally a woman—at just seven months old!—so I wasn’t allowed to play with boys. Sigh. Next time. Mom said something about a cow and giving away the milk, but I had no clue what she was talking about…as usual. But the owner, Miss Robin, was so sweet, and I hope to go back and visit her soon—if Mom will take me. (I may be a woman, but I don’t got my driver’s license…yet.) The bed there was the softest I’ve ever slept on in my whole seven-and-a-half months. They practically had to drag me out of there! Then, we went to a place called Truckee for two nights where we stayed at a LEED-certified place called the Cedar House Sport Hotel. I don’t know what LEED-certified means, but they did have another comfy (dog) bed, a cool water and food bowl, and organic treats waiting just for me! Of course, I know my place is not on a dog bed—it’s where my people are. (Shhhh, don’t tell. I’m squeaky clean. And besides, I’m hypo-allergenic with hair not fur—just like you homo sapiens. Imagine someone telling you that you couldn’t sleep in the bed.) I could get used to all this five-star luxury, let me tell you. I start my newest round of obedience training with my favorite lady, Dianne, week after next. Mom and Dad and I are enrolled in a seven-week class called Teen Spirit. I’ll keep you posted on my progress. (Spoiler alert: I’ll be top dog again, no doubt.) TwitterFacebookWhatsAppGoogle+BufferLinkedInPin It
On Safari: Spots and Stripes Expecto Patronum: The World of Harry Potter
SHARE
[shareaholic app=”share_buttons” id=”20872682″]
JUMP TO COMMENTS
YOU MIGHT ALSO ENJOY 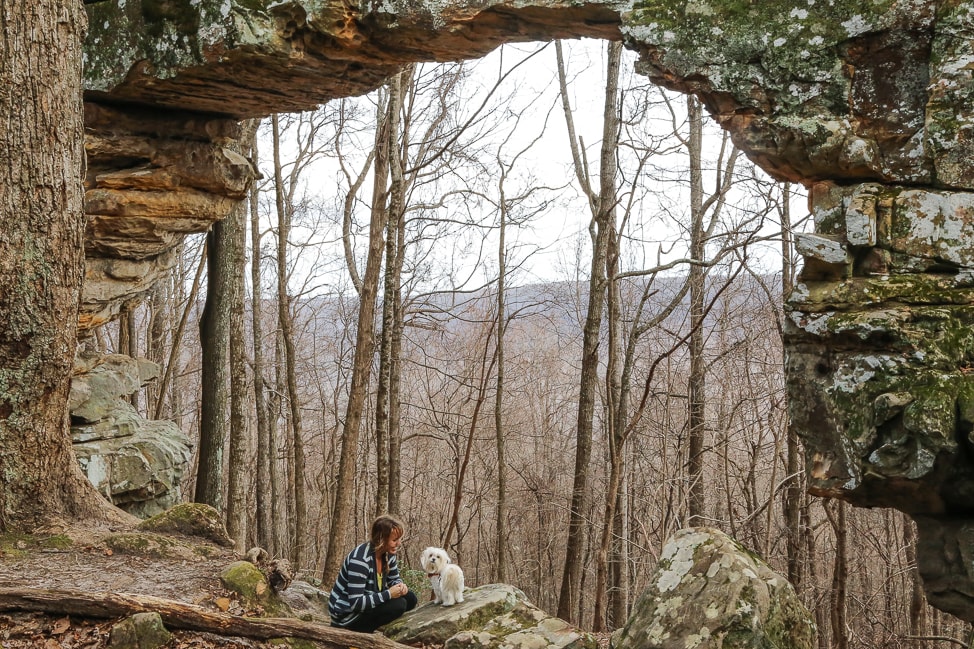 City Dog Goes on a Hike Up the Mountain of Sewanee