When it comes to my brief time in Russia, it was really a mixed bag. Of course, when you have only three quick days in a country, how could it possibly be at all cohesive? Particularly when St. Pete is one of the most sprawling cities I’ve ever visited, and while we were docked in a money spot, everything in town is quite a haul to reach (and by foot at that as taxis are scarce and the nearest metro stop was a 45-minute walk). We were blissfully lucky because allegedly St. Petersburg only enjoys 60 days of sunshine a year. Well, we robbed them of three of those days and don’t feel a tad bit guilty about it either. If you had told me Russia was where I’d get a tan after six weeks all over the rest of Europe, I would have told you that you’re insane, and yet, that’s exactly how it happened. Since SVV was restricted to ship trips, I spent the majority of my days with these girls: And yes, they’re every bit as trouble as they look (maybe even more). For example, they made me go to an art museum. I know, right? You know how I feel about museums. And OK, I admit: It was pretty darn cool. And the food in the cafe was pretty darn tasty. (I am newly obsessed with Russian dumplings.) They also made me take shots midday. Because that doesn’t at all sound like something I would do without prompting…especially from a bartender with a perfectly bespoke ‘stache. They also found some poor schmuck to take us all out on his private boat and cruise around the canals on a balmy Russian white night. And another poor schmuck to handle the champagne. And they made me walk around for hours, taking photos of street art. Photography while traveling? So not my bag, clearly. Basically, worst travel partners ever. I mean, can you imagine traveling with two hilarious, charismatic, laid-back gals who only want to eat, drink, take pictures and tool around in Russia? Definitely does not sound like my style of travel. And because we were in the home of ballet, after all, there was one final thing we all agreed we just had to do. (You saw that coming, right?)

Even luckier was that Swan Lake was playing while we were there, and Enrichment Voyages secured 120 tickets for any passengers who wanted to go. Needless to say, that day trip sold out immediately, and while I’ve been to quite a few ballets in my life, there’s just nothing like going to the ballet to trump all other ballets. Mother Russia, you were good to us. Thank you for your hospitality, your ballet, your art and, of course, your vodka. 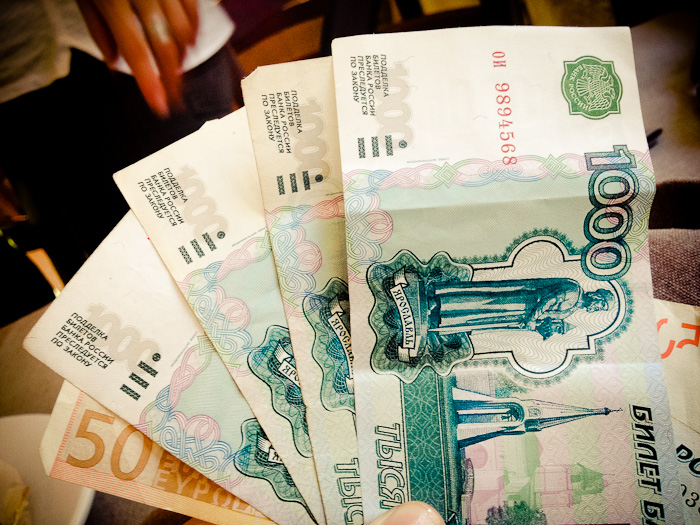 TwitterFacebookWhatsAppGoogle+BufferLinkedInPin It
One Day in Copenhagen, Denmark: A Cruiser’s Guide Your Tennessee Bucket List: Must-Do Experiences in the Volunteer State
SHARE
[shareaholic app=”share_buttons” id=”20872682″]
JUMP TO COMMENTS
YOU MIGHT ALSO ENJOY

Speeding around St. Barths on a Star Clippers Cruise Cocktails Around the World: White and Black Russian Recipes

Nevis: An Undiscovered Gem Across the Water from St. Kitts