Song of the South: A Tennessee Road Trip

Even though she lives a solid 5,470 miles from me in Copenhagen, Helle Harbo is the friend who has likely visited me the most in the more than four years that we’ve been friends. Blame it on the mandatory six weeks of vacation time a year every Dane is required to take. Whatever it is, I’m pleased as punch to get to see her any chance I can. SVV aside, she’s also the person with whom I’ve been in the most countries: Netherlands, Germany, Belgium, Denmark, France, Corsica and the United States (NYC, Tennessee, California). After spending a year living together in Utrecht and Aarhus, we parted ways one sunny summer day along the canal in Copenhagen in 2006. Later that fall, she and her boyfriend Bjarne came to see me in NYC. I took them to the UT alumni bar, and seeing as it was a game in which we annihilated Georgia (51-33, what up!), they learned Rocky Top in no time flat. And, thus, an obsession with my Vols was instilled in Bjarne, a Danish sports writer who understands American football far better than myself.

Two years ago, Helle and I met up in Munich for Oktoberfest with a group of mutual friends and had a raucous time. To this day, I have no idea what we’re doing in this photo… Last year, Helle came out to California for two weeks, in which we did a tour of my beloved adopted state, down Highway 1 to Monterey, Big Sur, Santa Barbara—and everything in between—stayed a few days in LA, then returned to San Francisco and did a side weekend in Wine Country. It was glorious. While living in Denmark, I was fortunate enough to go home with Helle to her father’s house in Kolding a couple times, where I even got to experience Danish Christmas dinner, which involved 13 courses of delicious Scandinavian food and a three-day hangover, I kid you not (including passing out in her local supermarket, oops!). That’s her dad, Jan, in the foreground; he’s about as nice as dads come. Helle and Bjarne had always said they were going to come to Tennessee this fall. The Danes are many things—blatantly honest, sometimes a bit guarded (they’ll be the first to tell you so), hearty drinkers—but liars (and thieves) they are not. True to their word, they came, even after finding out Helle was pregnant—five months by the time their vacation across the pond rolled around—and that a three-week whirlwind road trip of the South might be difficult in her state. (Conclusion: It was not. Just look at her: does girlfriend look five months pregnant?!) So upon returning from Switzerland, I flew into Atlanta, SVV met me in Nashville the following day, and play tour guide we did. I love showing anyone where I grew up, but especially friends who are not from the same state, not from the same country, not from the same continent even. (Announcement: I also just signed the contract for a first edition backroads guidebook to Tennessee with a major publishing house with whom I have yet to work—yippeeeee!—so this trip was a great starting point for my research.) So what did we do? Well, day one, we went to Lynchburg and hit up the Jack Daniels Distillery and the amazing Miss Mary Bobo’s Boarding House, where you sit around a lazy susan with rotating fried Southern goodness, and a hostess volunteer serves up the history of the place. Forget meat-and-threes, it was more like meats-and-nines, maybe more. Then to Sewanee, where I first attended university and which is the prettiest part of the state by far. On the way up the mountain, Bjarne pulled over suddenly, and SVV and Helle jumped out and darted across the street. I had no idea what was going on, until Scott returned with a present for me. Cotton! It was their first experience cotton pickin’. Oh, the things that are novelties when you ain’t from around here.

We spent the majority of nights at my parents’ home. It’s safe to say Mom and Dad like Helle and Bjarne more than me now, and might have even offered one of their (many) spare rooms, permanently, and endless babysitting services to the expecting couple. The new baby of the bunch, Katey Layne, got her share of attention, too, while we were there. We went to Knoxville for the day on Saturday to see a crappy UT game against Auburn, my dad’s alma mater, which was not only the Danes’ first college football experience but SVV’s, too. What a horrible first, if I do say so myself! This weekend’s Georgia annihilation would have been preferable… Still, loss or not, an evening in a packed Neyland is magical, you can’t deny. We stayed at my sister’s house that night, conveniently very close to Neyland Stadium, and SVV and Bjarne disappeared to the university bookstore with bags of orange goodies to take home, and this adorable frock for this adorable little lady. (There are better angles of Katey’s “T” tee somewhere, but Mom stole all my pictures of her, with promises to send them to me, which she has yet to do. Harumph.)

Before all the fun went down, we strolled around the campus and tailgated in our regular spot in front of the ATO house with all my hometown buddies. Then SVV and Bjarne whipped Nick (Kari’s boyfriend) and me in Spin Pong. Humbled, I am. I used to be a Beer Pong champ back in the day.

While Mom, Dad, SVV and Kari all played in a charity KD golf tourney the following morning, I took the Danes further east into Appalachia, where we biked a 12-mile loop through the Smokies at Cades Cove. I was huffing and puffing up those mountains, and the little mama didn’t complain once. Amazing. Danish pregnant women are not smug apparently. There was also the conversation with the guy manning the bike rental place who asked “where y’all from?” to which I responded, “me, Tennessee/California; them, Denmark.”

“Denmark, the city or the country?” he responded, drawing every syllable out into two or three.

“Uh, that would be the country. They’re from the city of Copenhagen.”

“I love me some Copenhagen,” he swooned.

“You’ve been there?” I asked, amazed.

“No, but the dip sure is mighty fine!”

(This was the same guy who could not give us a dining recommendation down in Pigeon Forge or, heck, even Townsend, not more than 20 minutes away, because he “never goes down there. I don’t like to travel that far.” At least, I gave Helle and Bjarne a true taste of the South!)

We saw a ton of wildlife, including a black bear moseying about not 20 feet away from us, and I also brought along some true authentic Southernness for snacks in the form of…Moon Pies! It is my lifelong dream to someday be in Bell Buckle during the annual RC Cola and Moon Pie Festival. Then, we drove to Gatlinburg, where we had real barbecue (I say “real” as you can only get the good stuff south of the Mason-Dixon line, west of the Mississippi…then Texas, which is another style entirely), and Bjarne got to say he’s been in the place Johnny Cash sings about (“well, it was Gatlinburg in mid-July…”). Johnny was the soundtrack to our trip after all, provided by them, not me even. By the time they met up with us, they’d already been through Florida, Louisiana, Mississippi and Arkansas, so not only did Bjarne have his Southern accent down perfectly, but he was using phrases like “fixin’ to,” “y’all,” and “over yonder” with panache. (Helle, on the other hand, wasn’t so sure about all of our Southernisms. When a morbidly obese woman driving Cades Cove alongside us biking it dropped a “bless their hearts,” Helle retorted with a “I think it’s her heart she should be worried about!”) He even felt the need to wave at every car that passed us by and extend a “howdy, y’all!” to all pedestrians we greeted. It was like an anthropological study for him, bless his heart, and upon seeing 15 straight yard sales and shoddy flea markets in BFE Tennessee on our three-hour drive to Knoxville, we had to stop at one in Sparta so he could check out the goods. I don’t think I’ve laughed so hard in years as I did those five days.

I was ever-so-sad when they left me a week ago, mainly because I know the visits will become few and far between now with the growing bun in the oven. That’s the thing about traveling and making such great friends who are scattered about the globe: You never know when—or if—you’ll see them again. In this case, it’s more a “when” than “if,” of course, though I guess it’s my turn to visit them—and the baby Dane-to-be—and make my gallant return to Denmark! Travel the Distilleries of the Tennessee Whiskey Trail 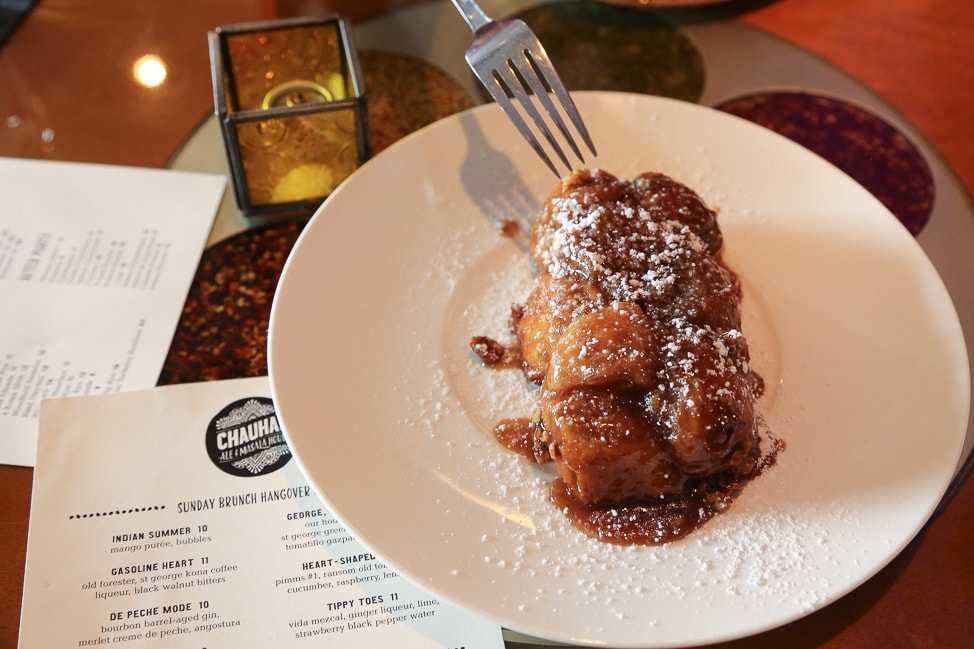