It was rainy during my only full day in Nassau, meaning no lazing about the pool. Instead, I decided to trek over to the famous Atlantis resort to wander the premises.

I had often heard Atlantis compared to a Vegas hotel. Well, I’m no fan of Vegas, so I expected to feel the same way about the Atlantis. Wrong! It was impressive, folks. And I’ve seen a lot of hotels in my days, too. For example, did you know that 8,000 employees work on site? That’s practically the size of my hometown! 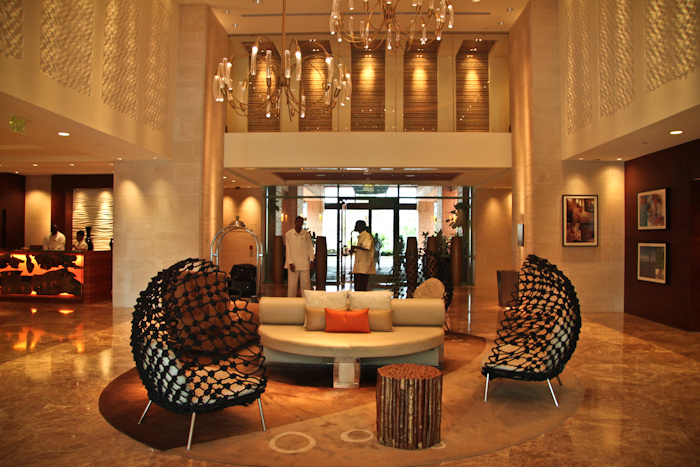 It didn’t strike me as cheesy either, like most of the Vegas Strip stays feel. There were parts of it that were quite regal actually. There’s also a sprawling aquarium that occupies much of the lower level in the main building. And an Aztec (Mayan?) temple. I don’t really know the difference if we’re being brutally honest. Not being a guest of the hotel meant I wasn’t free to use their water facilities. This was a bummer, as there’s nothing I love more than a good water slide. Not to mention a river rapids ride that shoots you right through a shark-filled tank! As I was gazing into the very aquarium, who should pass through but Anthony Anderson and his girlfriend. With all the crazy reflections caused by the glass, you’ll just have to trust me on this one. The funny thing is I had no clue it was him and just happened to snap his picture out of intrigue for the ride! The grounds were so sprawling that I legitimately got lost and had to take the shuttle back to the main building. I started off in the Reef, the more family-friendly part of the resort, and found myself in the Cove, the uber-swank couple-y section. If I went back to stay, I’d definitely choose the latter! Also, there are a number of owners at the Harborside Resort at Atlantis who are looking to rent their timeshares online, which seems like an affordable way to stay here. Maybe it’s a good thing I wasn’t staying here after all—I have a hard enough time finding my way around an intimate boutique hotel with just one annex, let alone several! TwitterFacebookWhatsAppGoogle+BufferLinkedInPin It
Swimming in Sharky Waters in the Bahamas Turtletopia: Diving with Sea Turtles in Borneo
SHARE
[shareaholic app=”share_buttons” id=”20872682″]
JUMP TO COMMENTS
YOU MIGHT ALSO ENJOY 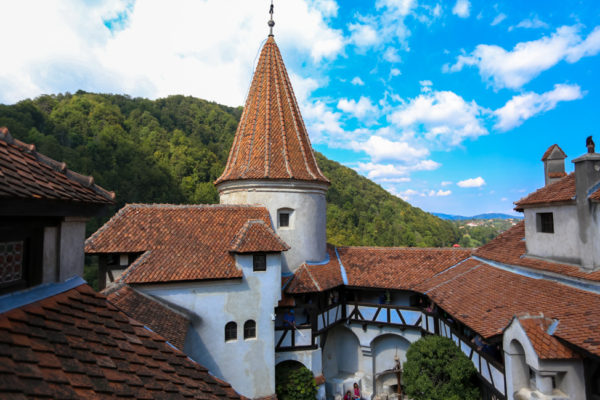 Romania Road Trip: On the Hunt for Dracula