36 Hours in Munich: How to Plan a Trip to Oktoberfest

We’re back from our European follies, and I have so much to tell you, but I’m hoping you won’t mind if I go out of order a bit and start with the ending (Maria von Trapp née Rainer may say it’s not a good place to start, but I beg to differ). You see, this week marks the best time of year in Munich—it’s Oktoberfest, obviously—and while we missed out on it by mere days, I have very fond memories of my own time at Germany’s biggest brew-ha-ha (get it?). In fact, once I found out that Oktoberfest started this weekend, I considered changing our return flight home and extending the trip a bit. After all, we both absolutely love Munich and who wouldn’t want to camp out there for a month? Alas, we had a puppy back home and were already experiencing withdrawals on day 2, so return to Tennessee we did. Don’t feel sorry for us. We drank more than our share of beers in Germany without Oktoberfest.

The funny thing about Germany is that I never had a desire to go there as a kid or even a young, impressionable college traveler. When I went abroad alone for the first time in 2007, I did so with a five-country rail pass, and my route started in England, then cruised down the Channel via the EuroStar, then stopped in Paris for a week, then onto Vienna before snaking back to Italy, Switzerland and Spain. Germany wasn’t even a contender.

And then I had to get off and switch trains in Munich, and I thought, “what the Hell? Might as well check it out while I’m here.”

Five days later, I was sold. This was one of the greatest cities in Europe, no contest. And after multiple trips to various parts of Deutschland, it easily ranks up there among my favorite countries in the world.

You may have seen me mention what a pain in the arse this particular family trip was to organize, not because of the participants but rather the civil unrest in Turkey. Originally, we were flying in and out of Istanbul and spending the last week exploring the former Ottoman empire. But Fate had other plans for us, and after one bombing too many, we ate the cost of our tickets and rebooked new flights entirely that had us flying round-trip from Atlanta to Budapest (if you’re interested, Fox News interviewed me about the headache we experienced attempting to cancel our Turkish Air tickets via Expedia to no avail). And while I love my family dearly, after shepherding seven people around Europe for two weeks, I knew I’d need a vacation from our vacation, which is why I allotted a third week for SVV and me to fly solo. It turned out to be an excellent call.

But where would we go since Turkey was no longer an option and we didn’t want to spend a lot of money—or time—to travel somewhere on the other side of Europe? Our plans were all over the map. First, it was to somewhere in the Balkans. But there’s no reliable train service there and it would be hard to get around, not to mention take up a whole lot of time. Then, it was Poland because neither of us has been there. In the end, we settled on Munich—only, flights were too expensive to leave from there and fly home, so instead we flew from Bucharest (where we ended our cruise) to Vienna, rented a car and drove the five hours northwest to Germany where our wonderful friends Christoph, Anna and Leo were waiting for us, on the final days of their vacation back home visiting family. So what is to love about Munich exactly? SO much. Pull up a chair and let me enlighten you.

There are green spaces scattered throughout the city. My big qualm with some cities is the concrete jungle aspect and lack of parks. Munich is situated along a river, the Isar, and everywhere you go, there’s a park or greenway within spitting distance. It’s simply the ideal base for an urban dweller who needs a little breathing room and some Mother Nature from time to time. The locals bike everywhere. As someone who has never lived in a city conducive to biking (unless you count my year living in Holland and Denmark), this is a huge appeal to me. SVV and I have vowed to get each other bikes for Christmas, but I don’t really trust the Nashville drivers, so we’ll stick to country roads and trails within state parks. It’s a big city with a small town feel. Christoph kept remarking how tiny Munich was. We came to find that there are 1.38 million in the city, maybe double that in the greater metro area. That’s the size of greater Davidson County in Nashville—not exactly what I call small! Then again, it’s a city that’s easy to become acquainted with in a short amount of time, and very easy to get around, too. Not sure if it’s because I’ve been there three times in the past 13 years or what, but I felt like I knew Munich pretty well by the time we left on this visit. There’s a stellar art scene. You know I’m not much for museums, but I love the murals, installations and sculptures that are carefully woven throughout the cityscape. The beer, oh the beer. All of our wandering throughout the 48 hours we were in Munich seemed to include a stop for beer every hour or so. As a newfound beer connoisseur who had never properly appreciated that part of Bavarian culture on past visits, I was OK with this. There’s surfing! I know, right? You’re as shocked as I was. Need I even mention the food? Sausages and pretzels and potatoes for daaaaaaays. Good thing I prepped for this trip with a proper Whole30 regimen! Just as we hoped, Munich was the perfect way to spend a few lazy days after a somewhat stressful two weeks of having seven others in my care (travel agents and career tour guides, how on Earth do you do it?). I’ll be giving you more specifics about our time in Bavaria on the next post, but I’m curious: Have you been to Munich before? Did you find it as enchanting as I have? TwitterFacebookWhatsAppGoogle+BufferLinkedInPin It
Fireworks Over Budapest: Joining St. Stephen’s Day in Hungary Magic in Munich: A Perfect 48 Hours in Germany
SHARE
[shareaholic app=”share_buttons” id=”20872682″]
JUMP TO COMMENTS
YOU MIGHT ALSO ENJOY Magic in Munich: A Perfect 48 Hours in Germany The Falling of the Berlin Wall 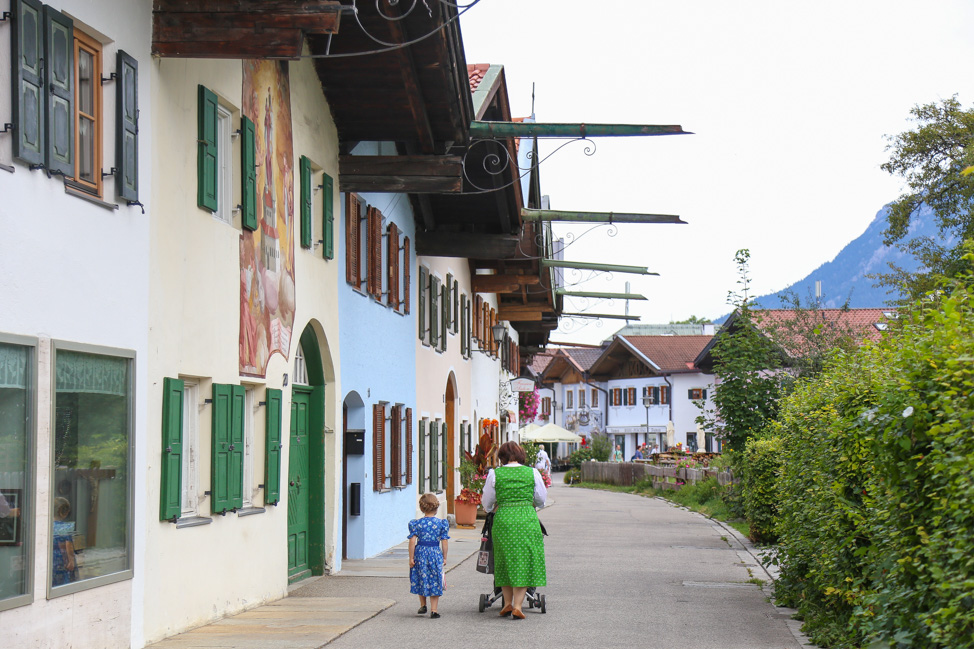 Planning an Epic Road Trip Through the Alps