A Stroll Around New Orleans, Louisiana

Two weeks ago, I jetted off for the world’s quickest weekend trip to New Orleans. But, hey, I had a free round-trip United ticket to use, leftover from one of the bazillion times they’ve left me stranded in transit, and there was a bigger task at hand: my bachelorette weekend. Now before you think this Photo Friday is going to be riddled with incriminating photos of debauchery, think again. (That might come at some point down the road; I just can’t say with authority quite yet.) Instead, you get magnolias! When deciding on a location for the fete, I had a few criteria: It needed to be central for all my Southern and East Coast friends (I didn’t invite any Californians as I didn’t want anyone to feel obligated to make the trek, and I’ll do something low-key here with my local friends in the weeks leading up to the big day), it needed to have a foodie scene as, let’s be honest, that was one of our big priorities, and it needed to be somewhere I hadn’t been in a long while. New Orleans topped the list, as I’d only previously visited once, with my family, back in high school.

And I don’t even remember that much from that trip either, so it’s not like I could compare a pre- and post-Katrina city. Instead, I just enjoyed the first traces of spring with some of my best gal pals. We strategically planned the trip to fall between Mardi Gras and Jazz Fest, knowing hotel prices would be lower (we stayed at the InterContinental in case you were wondering, which was affordable at three people per room, pretty nice and within walking distance to most everything we needed). I’m not going to lie: Our plan was to eat a lot and do all the touristy stuff. I was off the clock for once while on the road, so I felt no need to venture off the beaten path. We had brunch at Mother’s one day (my first ever po’ boy!)… …and brunch at Stanley the next. I would fly back for just a meal if it meant I could have one more bite of this bananas foster French toast. This lowly BlackBerry shot does not do its decadentness justice. We also dined at Galatoire’s and Stella (Stanley’s hip sister) at night. …and marveled at all the eclectic—“eclectic” obviously being a nice word for “WEIRD”—artwork. We went to Cafe du Monde—of course, we did—for coffee and sugary delights, and I’m proud to say I managed to stop at just one beignet for the whole weekend. (That said, it was only because I was so full from po’ boys and other delectable fare!) We also spent quite the time (and money) along Magazine Street, but I was too busy shopping to snap any shots from that! It’s incredibly hard for me to believe this was a city recently ravaged by such a deadly hurricane. The city sure has done a stellar job cleaning up the place. Thanks for your efforts, Brad Pitt. Next time, let’s plan our visits to coincide, though, K? All in all, I’d say a very quick 48 hours did not do New Orleans justice, but rather gave me a taste of a place I’d like to return to very soon. And I will, mark my words. In fact, another friend is having a bachelorette party there this fall. See you again in September, NOLA! 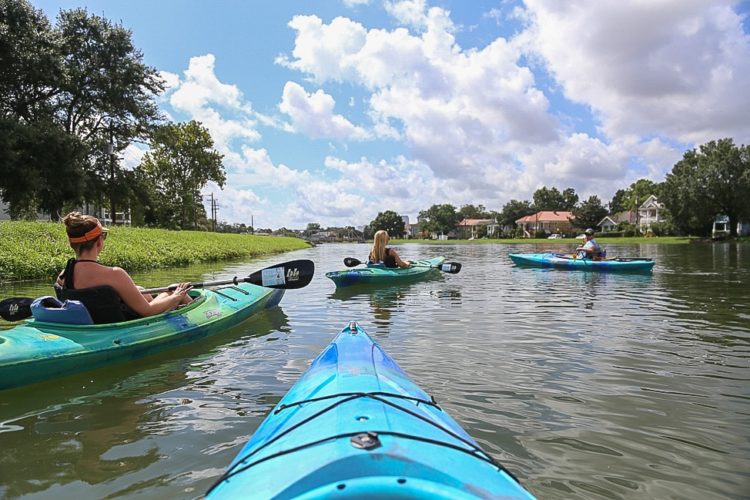 5 Ways to Get Out and About in New Orleans 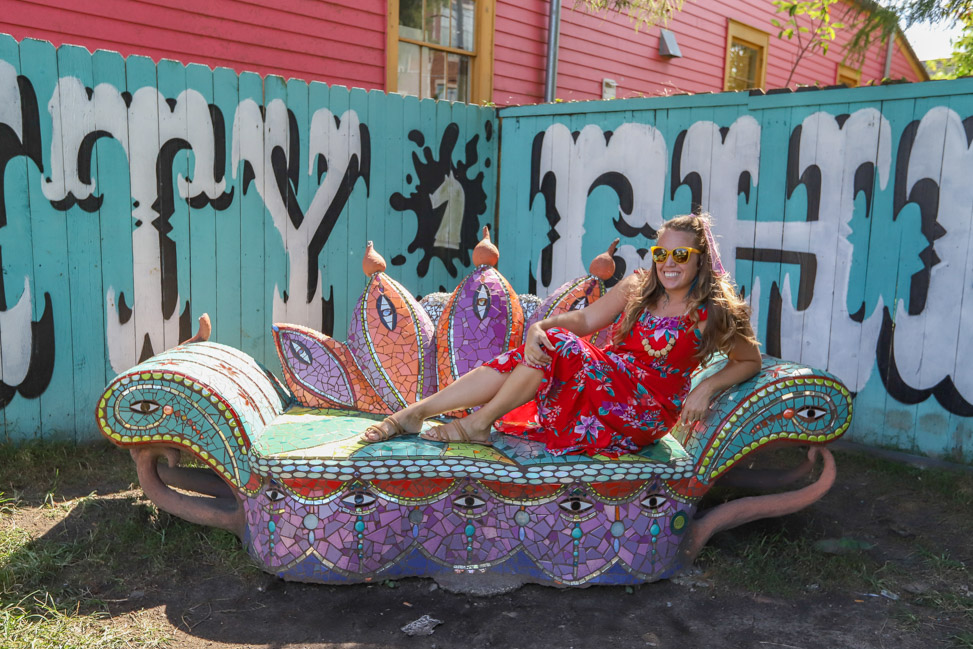 The Big Easy for Two: The Ultimate Couple’s Weekend in New Orleans 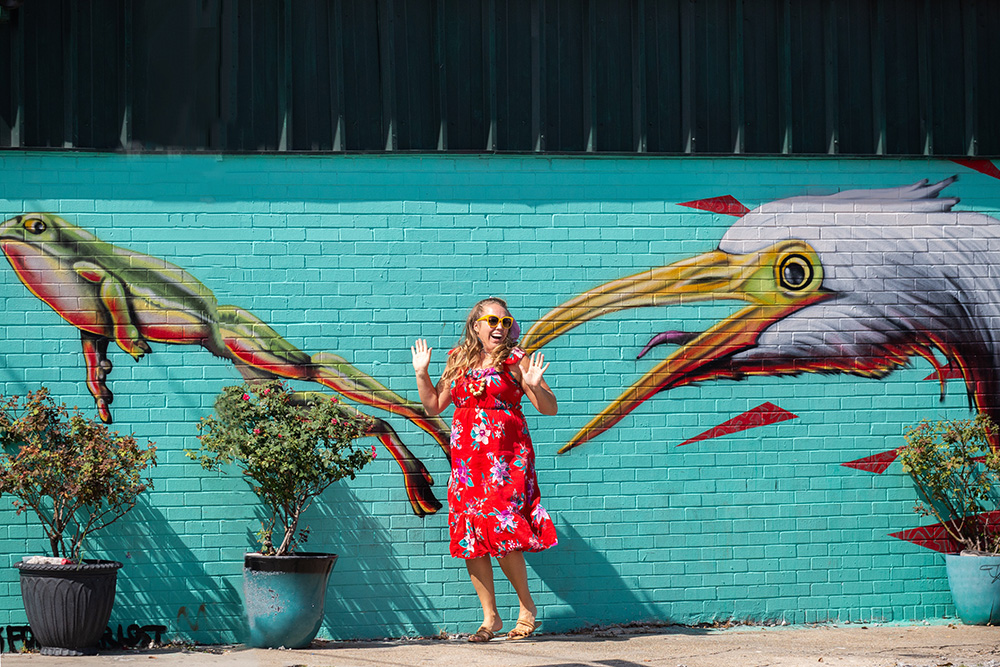 Planning a New Orleans Bachelorette? Let This Girls Trip Be Your Guide