You didn’t think we went all the way to South Dakota without paying a visit to our founding fathers, did you? Of course we didn’t. I love how the whole slow, snaking to Keystone coming up from Custer State Park offers views of the four old dudes. This should show you how great SVV and I are at American history: Neither of us could name the fourth—Washington, Lincoln, Jefferson and…? (The answer is Roosevelt. Good ol’ Teddy.) I’m pretty sure, though, had they been alive that the presidents would envy SVV’s ‘do. They spent all that time working on their own coifs after all (and probably were bald under the wigs in the first place).

The drive up offered varying perspective of the heads. It also offered some interesting roadside observations. Once we’d arrived at Rushmore, we opted not to take a tour, much to my mother’s chagrin. It was really cold and windy out, and the rain showers came and went. Some fun facts about the stone heads: Each face is a whopping 60 feet tall;,George’s nose is 20 feet long, and his mouth is 18 feet wide. So while, even standing beneath them, they look rather tiny, in actuality their features are quite prominent! We sat at the overlook for awhile, admired the handiwork, then headed out for Rapid City. I mean, there are only so many shots of these stately gents that one can take, right? That said, I’m pretty sure this one takes the cake. Speaking of our fur babe, she turns one today! And you better believe I bought party hats and streamers and that we’ll be living it up in our little trailer in Montana for the occasion. If it stops pouring long enough, there might even be a birthday hike in her future. Any excuse for a party…. TwitterFacebookWhatsAppGoogle+BufferLinkedInPin It
Running on Empty: We Broke Down and My AAA Finally Came in Handy Getting to Know You: The Girl Behind the Blog
SHARE
[shareaholic app=”share_buttons” id=”20872682″]
JUMP TO COMMENTS
YOU MIGHT ALSO ENJOY 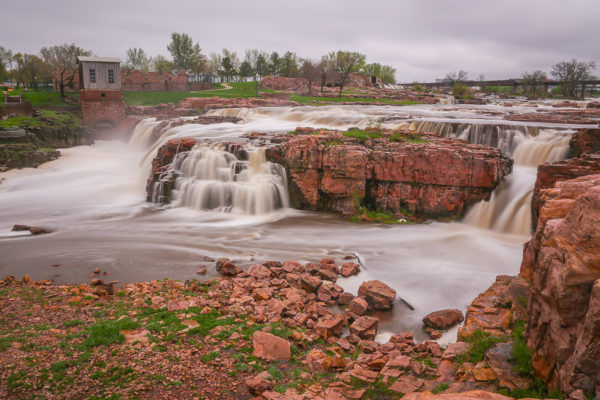 Beyond the Badlands: The Ultimate Weekend in Rapid City, South Dakota