How to See an Erupting Volcano in Iceland by Helicopter

Written by Kristin
You are here: Home / Blog / Iceland / How to See an Erupting Volcano in Iceland by Helicopter
[shareaholic app=”share_buttons” id=”20872686″]

If you’ve always wanted to see an erupting volcano up close and personal, you’re in luck: There’s one happening right now just outside of Reykjavik. And no matter when you’re traveling to the Land of Fire and Ice, I highly recommend a tour by helicopter; it was one of our favorite activities on our winter trip to Iceland. Not sure where to start with planning your helicopter tour of Iceland? Read on, and I’ll show you how to see Fagradalsfjall Volcano.

This post contains affiliate links, though we paid for all of our activities out of our own bank accounts.

How to see a volcano in Iceland

While true, you could hike down to Fagradalsfjall Volcano in Iceland, the parking lot of which is about an hour outside of Reykjavik by car, it’s extremely tricky and the hike is not super easy or short. It’s about nine miles round trip across precarious terrain, so when we were there last year, we decided against walking and opted for a helicopter over Iceland instead, though there are guided hikes of the volcano you can sign up for if you’d rather see it from ground level. Volcanic gas can be extremely poisonous, so we preferred experiencing it from above with a guide well-versed in volcanoes. We booked our Iceland helicopter flight about two months prior to our trip and had to change it once after IcelandAir canceled our flight and we had to rebook. The company was easy to work with in that respect. The helicopter tour leaves out of Reykjavik Domestic Airport, which is just five minutes by car from the city center. It’s super easy to reach.

We were asked to arrive 20 minutes early, which we did, then we hung out inside the tour company’s office sipping on coffee to keep warm while we waited. There were two other Americans on our tour, so the pilot gave the five of us the rundown of what to expect, then led us out to our aerial chariot. It was maybe 10 minutes from the airport to Fagradalsfjall Volcano, the site of the eruption. Once there, we cruised around and looped down to the cone a couple times. Once we’d all had enough volcano, the pilot turned the vehicle around and headed south. Another bonus of taking a in a volcano over Iceland is that you get to see a lot more of the Reykjanes Peninsula and the landscape in general. Our helicopter tour left from the Reykjavik airport, headed down the peninsula, hovered over the volcano by a few inches (pretty darn close!), then skimmed the South Shore of Iceland before returning to our departure point. In all, the volcano ride was about 45 minutes long and the perfect way to start our first full day in Reykjavik. If you have multiple days in the Iceland capital, here are a few other tours you might be interested in, as well.

What a helicopter ride in Iceland costs

I won’t sugar-coat it: A helicopter ride is expensive no matter where you go. Add in Iceland, its tourism appeal and the wow factor of such a helicopter ride, and you’re going to pay a premium. We paid $387 a person to do this helicopter ride, though I’ve seen this tour for as low as $282. It wasn’t a decision we made lightly, as none of us are big splurge travelers, but we decided if there was one pricey thing we did in Iceland, it would be seeing an active volcano by helicopter. We don’t regret that decision at all. Even though the volcano was just smoking then and not actively spewing, it was such a cool experience, and I would absolutely do it again if given the opportunity.

There are two companies we recommend you going through to book your Iceland helicopter tour: Viator or Get Your Guide. Both are reputable companies with global footprints.

What to expect on a helicopter ride

This was my fourth helicopter ride, and every time I’m afraid my claustrophobia is going to get the best of me, but I was completely fine. If you’re afraid of enclosed spaces, just know that it’s a short trip and you can do it—and maybe pop a Xanax an hour before your flight. It was definitely a bit bumpy, so if you’re plagued by motion sickness, I also recommend you take your preferred preventive method (Bonine, ginger, Dramamine) far enough in advance for it to kick in. I—frequent feeder of the fish on boats—was completely fine, but there were a couple times when we swooped down toward the dome of the volcano when my stomach jumped up into my throat. Other frequently asked questions about an Iceland helicopter ride

Still curious if seeing Iceland by helicopter is for you? Here are a few of your FAQs answered.

How do I photograph a helicopter flight?

It’s extremely hard to photograph through a helicopter window with its various reflections. Sometimes I find the iPhone or GoPro works better than my DSLR in these circumstances as I can get the lens flush against the glass, which I can’t do with my pro camera. All photos in this post were taken with an iPhone 12 Pro or GoPro HERO10 Black. 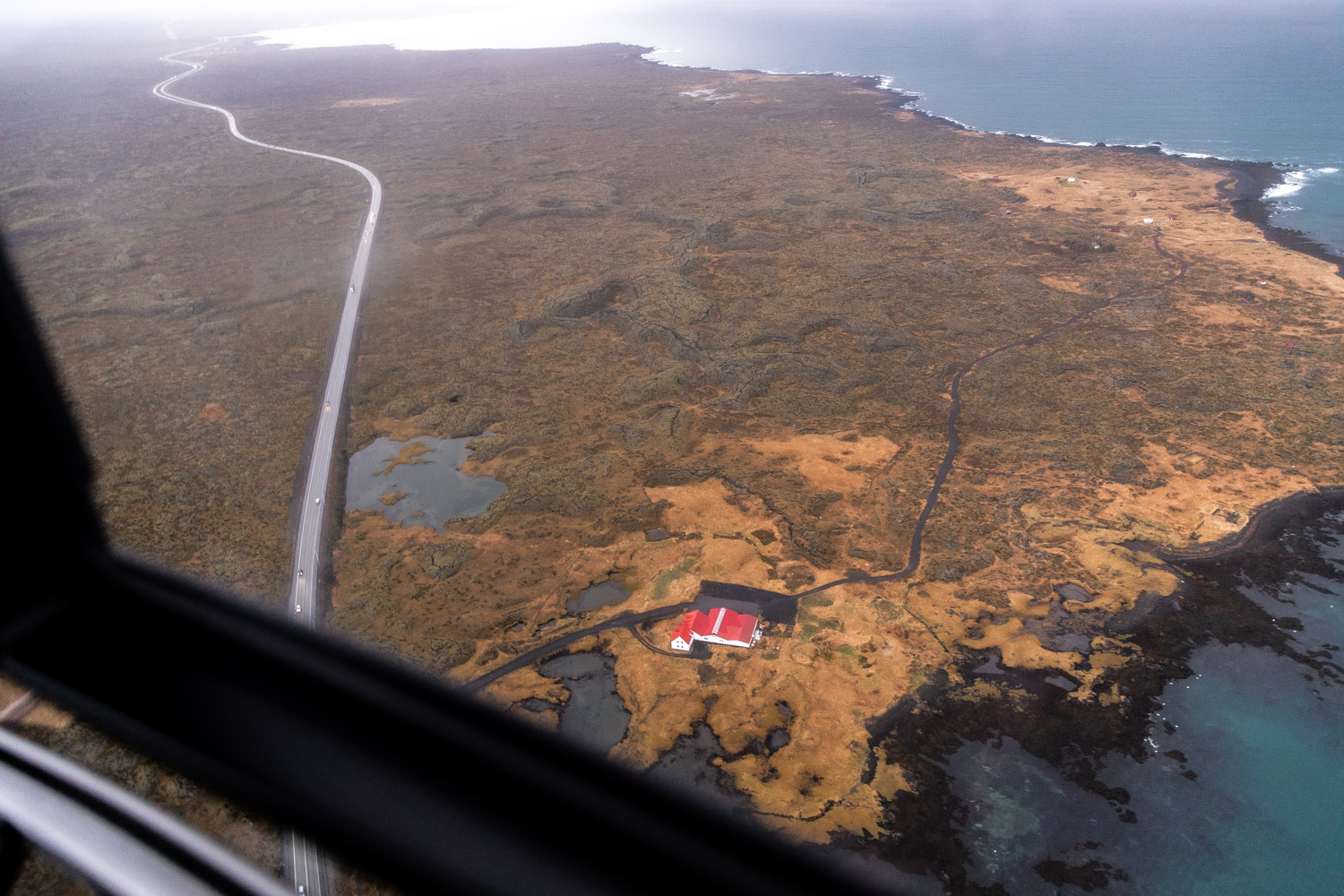 What if the weather isn’t great?

We visited Iceland in winter, so the weather was not great most days. It was overcast and drizzly most mornings, including when we went on our helicopter ride. Did that inhibit the experience? Not at all. Did we still love it? Yes! If the weather is truly bad in a way that it’s dangerous to fly, your pilot will cancel your tour and rebook it; weather is always a concern in Iceland, but honestly Icelanders are used to dreary weather and pros at working around it if possible. What’s the best seat in the helicopter?

All of them! Your pilot will most likely assign you seats. He let the one kid with us sit up front and the rest of us choose where we wanted to sit in the back. Because I get claustrophobic, I chose a seat by the window, but honestly the view from all of seats is more or less the same. SVV and I are already planning to go back to Iceland, next time in the summer. Though I’ve been twice on week-long trips, I still have so many Iceland bucket list items I want to check off like visiting Husavik, seeing the puffins and tracking down the elusive Northern Lights.

Have you ever been to Iceland? How about touring it by helicopter? TwitterFacebookWhatsAppGoogle+BufferLinkedInPin It
July 2022 Highlights: The Highs + Lows How I Plan a Trip: Tools, Tricks & Websites I Use for Traveling
SHARE
[shareaholic app=”share_buttons” id=”20872682″]
JUMP TO COMMENTS
YOU MIGHT ALSO ENJOY Is the Blue Lagoon Worth It? An Honest Review of Iceland’s Top Attraction 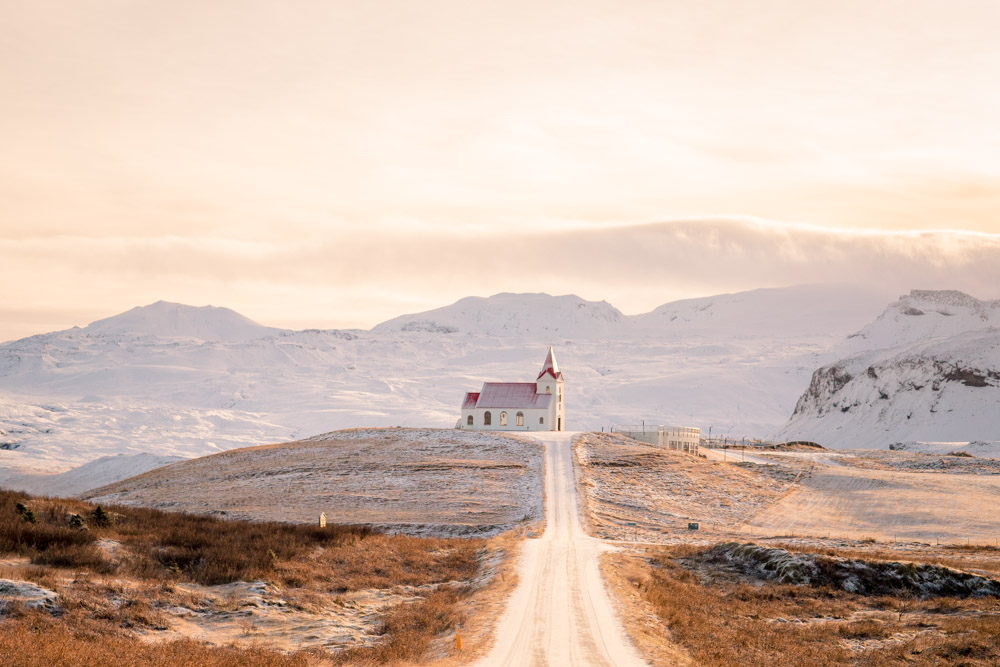 Everything You Need to Know About Visiting Iceland in Winter 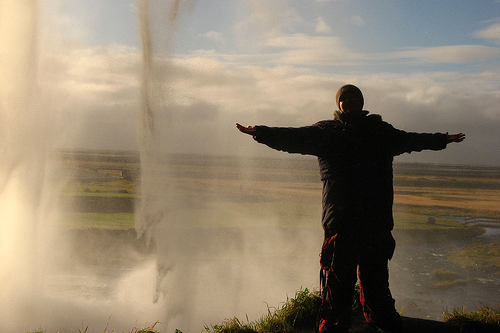