Written by Kristin
You are here: Home / Blog / SVV / Getting to Know You: The Boy Behind the Girl Behind the Blog
[shareaholic app=”share_buttons” id=”20872686″]

Today is SVV’s 37th birthday, which we are spending on a ship somewhere in Canada’s Gulf of Saint Lawrence. And what better way to celebrate his existence than pepper him with interesting questions? After all, the first round was his idea…

Many readers (inaccurately) refer to you as SW on here. How does that make you feel? Maybe I should start delineating with periods: S.V.V.?

While I much prefer the mathematical genius that converted my initials into a root number you’ve created (scottyVsquared), SVV also works. I’m all about sowing confusion on the Interwebs regarding my name because of a previous criminal background, the violence I’ve done to hairstyles and Canadian tuxedos in the past. Plus, I’m trying to “make it” as a journalist and clips on a blog won’t get me into the HuffPo. Wait.

In your past life, you were a ninja. What are some of the other jobs you’ve held in this lifetime?

Ah yes, the warrior life. Those were the days. Slinging stars, wearing black and kicking the shit out of squirrels that dared to affront my honor. The string of jobs that followed this idyllic period include hardwood floors, A/C systems, painting, writing, manager, weapons system technician and the overall prestigious function of coffee bitch (ala US Navy “geedunk”)(Editor’s Note: Apparently “geedunk” is Navy slang for “snack room.” Who knew? I learn something new every day.)

It’s a varied resume and, while it doesn’t fit onto one page, it does fit into one sentence. You spent three years living in Sicily. How’s that Italian working out for you?

Que spaki fai? Va fungulo! I also know some great hand gestures and have myriad connections in Messina and Palermo. If you need Dolce & Gabbana stuff, hit me on the hip.

Hey, at least you honed your barista skills and learned how to make a killer cappuccino.

True story. I twice made a co-worker stay up for 36 hours straight via a patented octuplet “cappo.” If you’re reading this Jeff and Kip, I’m sorry. But seeing you sweat while standing still was most entertaining and, dudes, you asked for a strong one.

What do you miss most about being a bona fide Sicilian?

Oh man! Besides the Norman castle beneath my villa and the pizza joint beneath it that carried a good German wheat? The driving. It’s a vaguely defined chaos on wheels and has a wanton delirium that I still dream about when I’m stuck in San Francisco bridge traffic. Five lanes? I see ten! Va fungulo!

Since we’re talking about pasts here, tell the good people where you took your first bath…

In a stream within the spiked mountains on the Oregon/Washington state border into which I rolled because the makeshift briar my parents fabricated as a crib collapsed and I wandered. It was brisk. (Editor’s Note: We kid a lot around these parts, but this statement is 100 percent accurate.)

…and what on God’s green Earth prompted you to sport this hairdo. Oh woman, I do not even know how we’re friends. Also, buckets of hair gel.

One little known secret to all people not following you on Twitter—which, WTF? Why are you not following SVV on Twitter?—is that you are a space-aholic (as in Outer Space). You pretty much know the space news before the good folk at NASA know it themselves. Will you be the first civilian to go up in Virgin Galactic with my friend Sir Richard Branson?

If Good Richard were to first invite me to his private island I’m certain to convince him that this poet deserves the honor. (You do know that a civilian has gone into space via a Russian rocket and the International Space Station, right? So technically it wouldn’t be a first but I’m very interested.)

Speaking of Sir Branson and coifs…how did it feel when I found your first white hair?

Why wouldn’t you let me pluck it?

(Editor’s Note: You have NO idea how much I want to pluck those things…especially the two glaring ones sprouting from his right brow.)

On a more travel-related note, Andi—lover of all things French, woman of exquisite culinary taste—would like to know: “Given that you two are on the road a lot, what are some of your best food experiences? What about your worst? What do you crave from San Francisco when you have been on the road too long?“

Hands down, the Middle Eastern food of Western Europe. The shawarma, tandoor chicken on a spit in England and turkish pizzas. Ubiquitous street food that populates so many of the corners in Europe scarcely exists in the United States, and it makes me sad. Rather weepy in fact. Like Snow White’s dwarf. I can’t even tell you about our worst. Think “bowl of chicken knuckles with rice” in Malaysia and you’ll be close. Then there was the chicken leg soup… Sense a theme here? Poor chickens. What a lot of people don’t know about us is that so many of our road trips are dominated by “Would you rather?” games to make the time in transit go by faster. So, would you rather be trapped on a sail boat somewhere off the coast of Alaska with only Sarah Palin as company, or be made Anthony Weiner’s round-the-clock publicist and sent forth to do damage control?

She would make great bait so I’ll have to go with Palin. I’m fishing for whoopers. Plus, she’s prettier and reminds me of an ugly Tina Fey.

Being a Bay Area native, meaning your internal thermometer is a bit off, would you rather live in a mild Arctic climate where it snowed year round and required a parka but where it was never below 30 degrees? Or move to the Equator, say Borneo, where the mercury rests around 100 and the humidity 365 days of the year is 1,000+ percent?

You always ask the tough ones! Do I have A/C in Borneo? Can I burn timber in the Arctic? I’m thinking the hot because I like looking at you in a bikini.

How many showers do you take a week, approximately?

Is that because you’re afraid you smell?

I’m perpetually in fear the hot water heater is broken so I constantly check its functionality with rigorous scientific testing.

I’m not sure everyone realizes, but the photography duties on this site (at least the ones for our joint travels) are split pretty evenly—especially since we added a second DSLR (and GoPro and Canon G11) to the family two years ago. What got you so interested in photography, and what would you say is your signature style?

I’d say it’s about 20/80 split, no? I can’t say for certain what provokes me other than to say it resembles a forgetful person’s need to incessantly write themselves post-it notes. I tend to live in the moment and without a digital bread trail to spark the memory I only reminisce when I’m intoxicated. I’d say my style is what happens when you either, a) hold your eyes open too long and stare or b) lounge around in polarized lenses, a teak beach chair with a boat drink in hand. Hold the umbrella. When we met six(!) years ago, you told me you don’t like blondes. I’m curious: Have you changed your tune?

I have. They rock the earth.

You also told me at the time that you wanted a whole football team (of children) to do all your household chores for you. You’ve changed your mind—done a 180, in fact—and now want to replace that one-time image of children with puppies. How many puppies do you want someday when we have a yard and a house big enough to hold them all, and what will you name them?

Sigh, yeah, puppies are crate-able. They do cool things like high-fives and sit on command. Also, they eat the same thing every day and do it from a bowl in the kitchen. I’ll take as many puppies as our couch will hold at one time. You can stack them if need be to get an accurate measurement. As far as names go, I’d like to stick with ones we can both yell and not be embarrassed to say in public. If we can keep it to old-time jazz musicians that’d be great too. 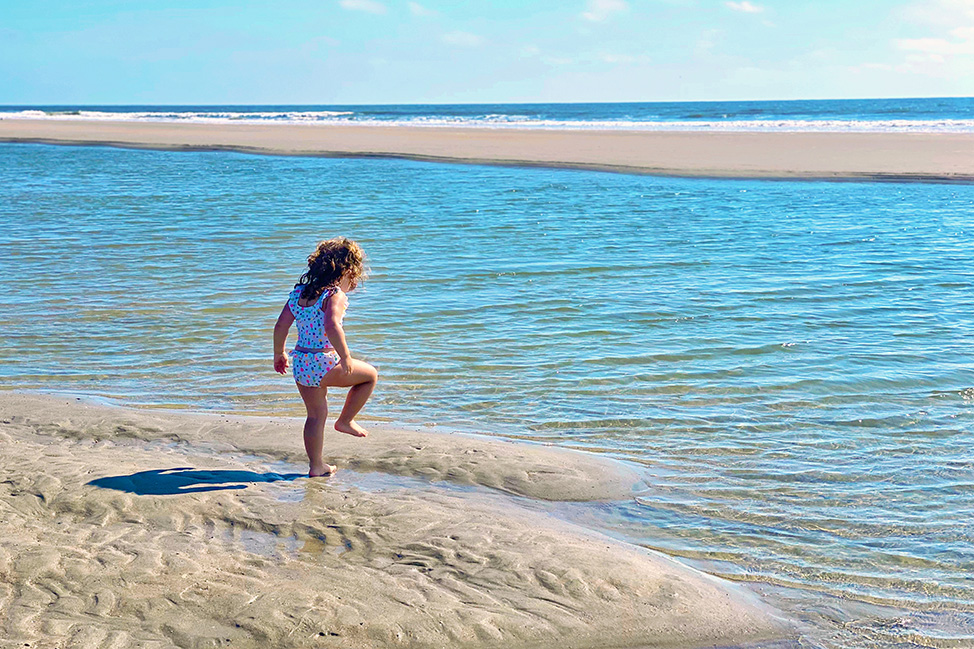