When I envisioned the Galapagos Islands, my mental picture was awash in greenery and tortoises and miles of endless beach. I think the other trip participants were expecting the same. So we were all in for a surprise after arriving on Santa Cruz Island: Not only was it not all beaches and thick foliage, it was downright barren in places, accentuated by cacti and sharp, black lava rocks. That’s largely due to Santa Cruz Island’s status as a dormant volcano. Though it’s been more than a million and a half years since the last known eruption, the volcanic past of the Galapagos is still very evident on many parts of the island. On our full-day guided tour, we visited a pair of giant sinkholes (also called pit craters)—Los Gemelos or “The Twins”—that were the result of a magna chamber collapsing. The larger of the two is 2,300 feet deep and nearly 1,300 feet wide. It was not unlike Arizona’s Meteor Crater—in other words, anticlimactic—which we saw last year (aka “First Proven Best Preserved Impact Site on Earth”). After learning about Los Gemelos, it was off to delve deep, quite literally, into another geologic marvel: hollowed lava tubes that wind for miles under the earth’s surface and soar 60 feet from floor to ceiling. The lava tubes formed centuries ago when hot, liquid rock flowed swiftly underground, creating a network of channels that dried out and hardened and left behind a series of hollowed tubes. Visitors to the island can take a guided tour of the tubes or explore them independently. From the Highlands, we set off for a ranch for lunch. One of the more shocking features of Santa Cruz Island was its main industry: agriculture. Farms and cattle were many. We switched scenery once more that afternoon as we hiked through a mile and a half of towering cacti on our way to Tortuga Bay. Needless to say, while exotic wildlife encounters were expected in the Galapagos Islands, the chance to view a millions-of-years-old crater then scamper through dank lava tubes then hike through vast, dry desert was just an added bonus and testament to the diversity the islands offer. 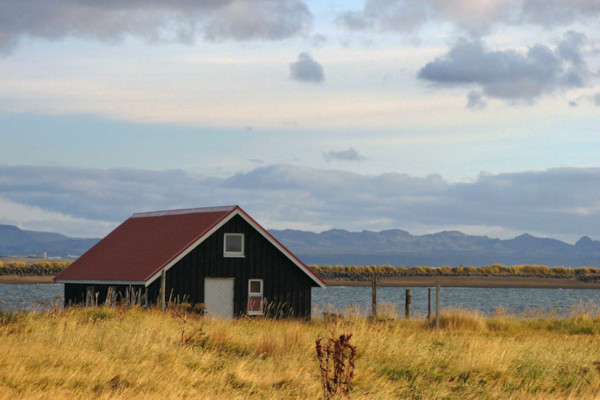