Cocktails Around the World: White and Black Russian Recipes

In the past few years of increased time at home, we’ve upped our personal cocktail game and used the opportunity to implement our favorite drinks inspired by our travels, beginning with both the White and Black Russian cocktails. Let’s get a few things straight: The Black Russian was actually invented in Brussels during the height of the Cold War, but we’re going to first rehash our visit to St. Petersburg for old time’s sake anyway.

Our trip to St. Petersburg, Russia

It’s been seven years since our long weekend in Russia when I was working as communications coordinator on Semester at Sea. Our ship docked at a massive port in the Baltic Sea early one morning, and we were greeted with the sublimely cool Catherine the Great’s contributions to high society: the city of St. Petersburg. We’d seen pictures, read stories and knew a bit about this cosmopolitan city located in the far reaches of the north, but nothing can quite compare to seeing in person the intricacies of no-expenses-spared architecture, the long-legged super models strutting the streets, and All. The. Gold. on the baroque, rococo and neoclassical structures. We first took a ship-organized tour of the many luscious gardens, expansive mansions, and museums in the community and were enthralled around every corner. This was in June, and when you’re traveling this far north in the height of summer, the sun never sets.

That day melded into one long afternoon of cheap champagne and unidentifiable snacks where one of our cohorts, after the guided tour, flagged down a man with a phone and got him to call an English-speaking friend to translate our desires. We wanted to ride in the river under the midnight sun, you see, and she made it happen. And, of course, the cocktails in Russia were not to be missed: heavy on the vodka, light on the mixers. We found art, we found architecture, we found our midnight sun, and we found this non-ironic bartender with the twizzle mustache that took care of us after our fishing boat river tour. After swearing to each other that we’d come back some day to experience the city in a more thorough way, we dragged our happy butts back to the ship for a long sleep. 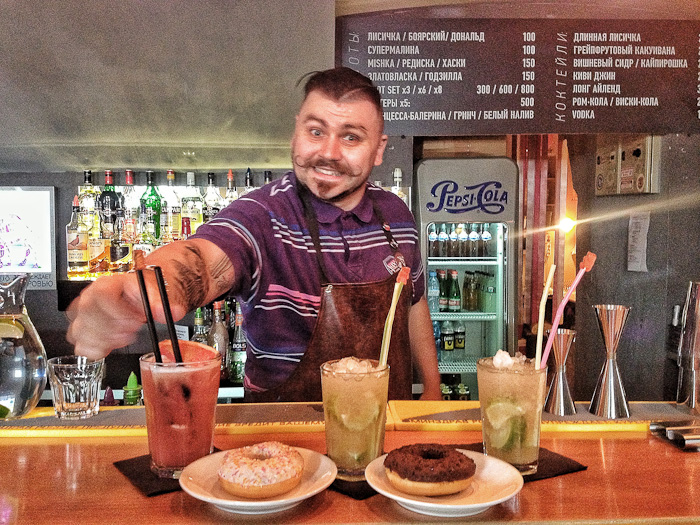 The history of the Black Russian

As I mentioned above, the invention of the Black Russian was not actually credited to Russia itself, but to a bartender in Brussels—which funny enough is where I had my first smooch with SVV during a visit to the European Parliament 15 years ago!

In the 1940s, Belgian bartender Gustave Tops first conceptualized this drink at the Hotel Metropole in Brussels as a signature cocktail for Perle Mesta, the American ambassador to Luxembourg. The Cold War was just beginning, so mixing Russian vodka with Kahlúa seemed appropriate for the time. He named it the Black Russian—and then, subsequently, concocted the White Russian where he took the same drink and added cream to it—with Russian vodka being the key ingredient. You could not ask for an easier recipe than a Black Russian, which requires just two ingredients in your liquor cabinet. In the past few years, the Black Russian has become our staple weekend brunch cocktail—and OK, morning libation of choice on many a weekday, too—as it has a strong coffee flavor and pairs well with banana pancakes.

How to make a Black Russian

The ingredients of a Black Russian are simple, and that’s what makes it such a nice cocktail to make: You only need two types of liquor in your cabinet. You can use any vodka you like, though we typically have Tito’s and/or Reyka vodka in the liquor cabinet and favor both of these brands due to price and quality.

Add a few blocks of ice to an Old Fashioned glass and stir. Literally, a drink could not be easier; this one is near impossible to mess up.

Note: SVV likes about four parts vodka to one part Kahlúa, whereas I prefer it about 50/50 of each.

How to make a White Russian Dairy-free? No problem. You can substitute coconut or another non-dairy creamer instead.

Add a few blocks of ice to an Old Fashioned glass and stir. You could also use a cream liqueur like a Bailey’s or other sipping cream instead of creamer if you want that extra kick. 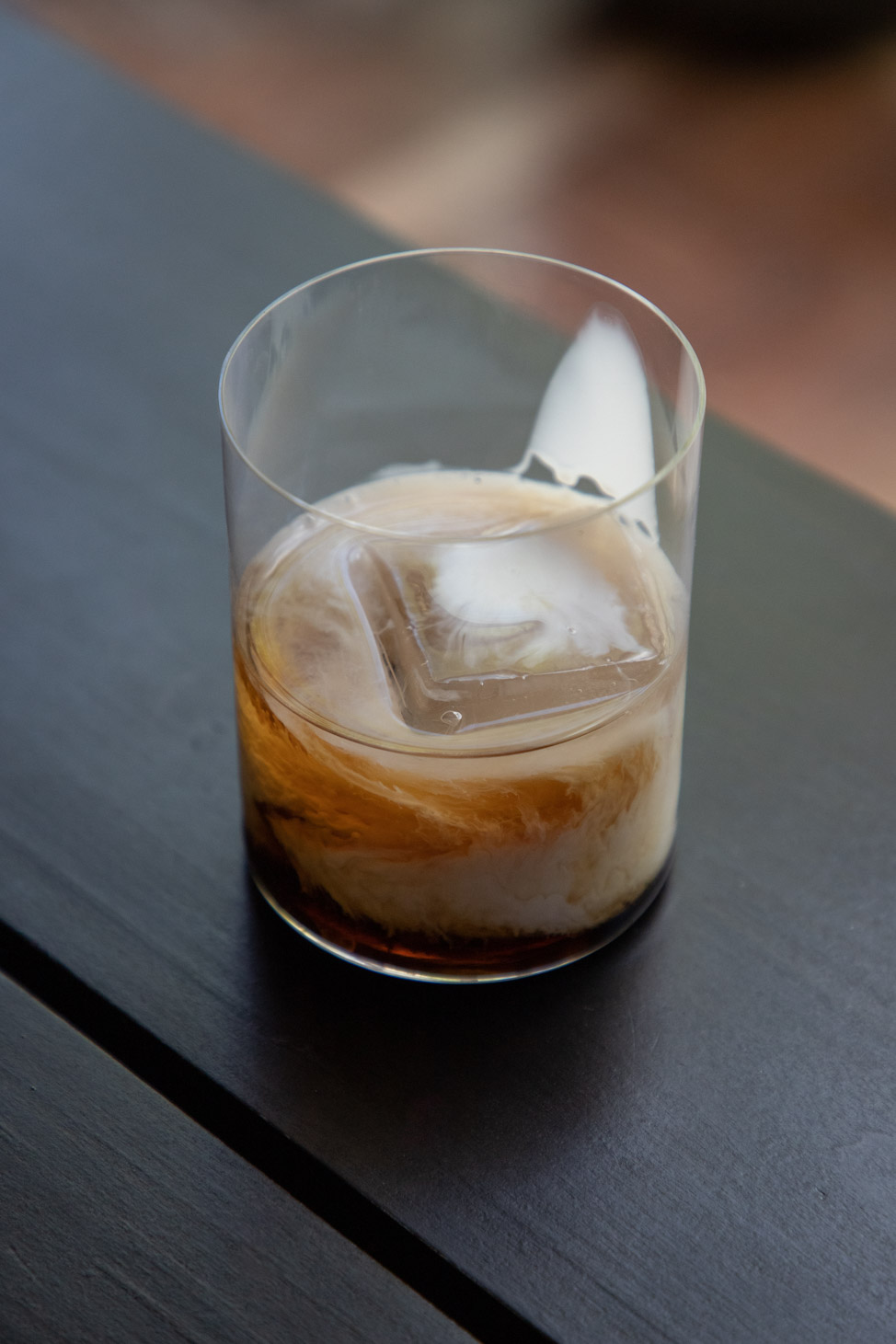 Note: For whatever reason, despite this being a coffee liqueur-fueled drink—and us being seasoned cocktail consumers—this one puts me right to bed. What I’m saying is, proceed with caution, preferably when you’ve carved out time to take an afternoon power nap.

What’s your favorite travel-inspired cocktail to make at home? 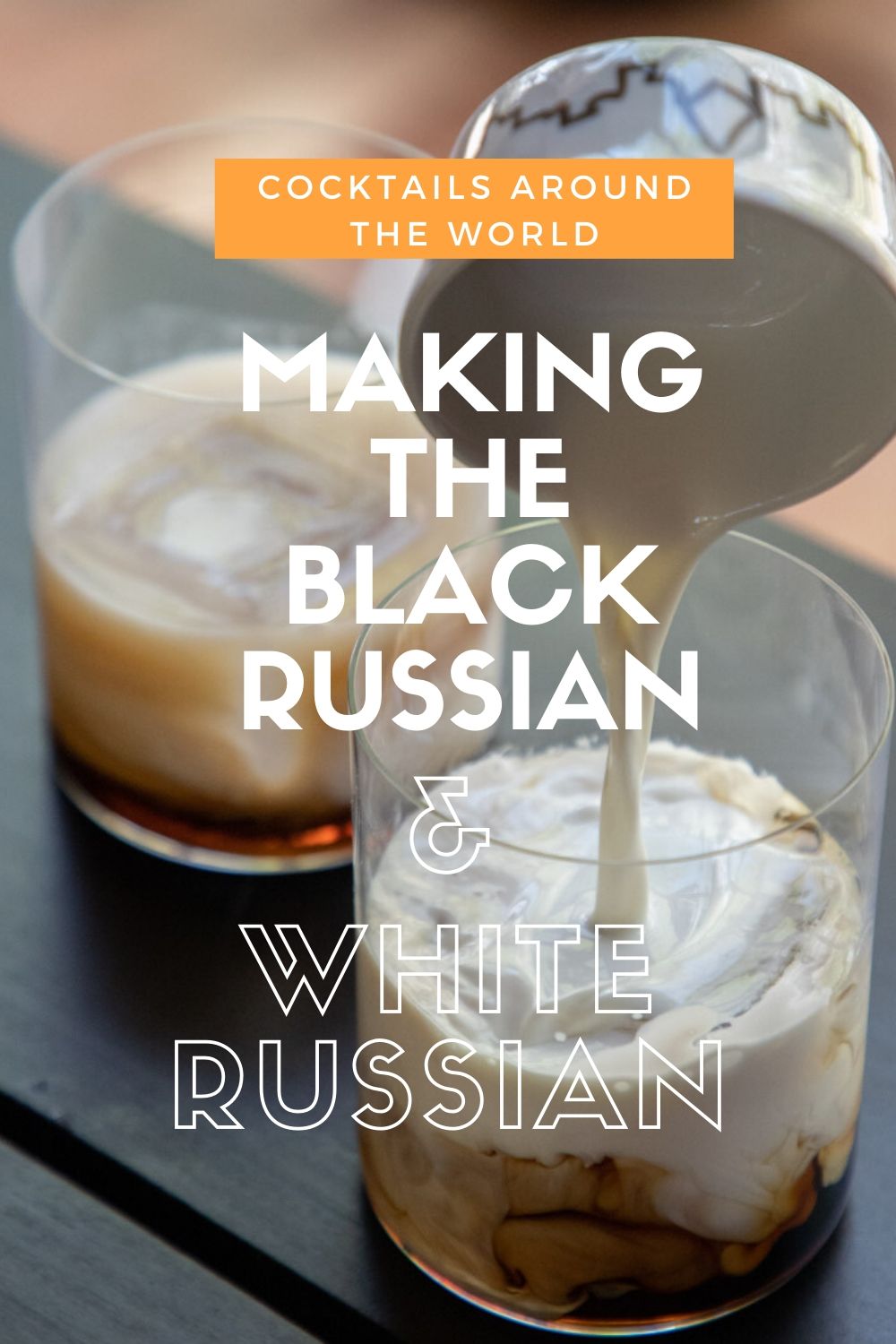 TwitterFacebookWhatsAppGoogle+BufferLinkedInPin It
Marketing in a Crisis: The Dos and Don’ts and How to Move Forward Using Murals in Marketing and Social Media: Are You Violating Someone’s Copyright?
SHARE
[shareaholic app=”share_buttons” id=”20872682″]
JUMP TO COMMENTS
YOU MIGHT ALSO ENJOY Turning Water to Bourbon in Lexington