I’ve been home for three weeks now and yet still haven’t had a chance to tell you about the glorious 12 days I spent in North and South Carolina in July, starting with Charleston. So let’s recap, shall we?

It all began with a bachelorette party for my friend Layne, during which we holed up in the most gorgeous marshside home in Awendaw. Layne didn’t want anything too crazy, so the first night, we picked up pizza at Mellow Mushroom and stayed in playing games. (That’s this granny’s ideal night to be frank.) The great thing about bachelorette parties is you can go in knowing no one but the bride and come out with fun new friends who no doubt will make the wedding that much more of a riot. On Saturday, we spent most of the morning and afternoon at the beach at nearby Isle of Palms. As has been a running theme this summer across the Southeast, the weather was finicky but we dodge the rain up until we retreated into a beach shack for some lunch, and the skies opened up and dumped their wrath down upon Charleston—something we experienced a second time the next day when we were caught up in a flash flood on King Street, miles away from the car. I have never been that wet in my life! My sister’s boyfriend is a Charleston native and pointed us in the direction of Vendue Inn to hit up the rooftop bar for sunset cocktails. I wish Nashville had more spots like this! We only had time for a quick drink, though, as our dinner reservation was looming. But you better believe this is the first place I’ll be coming back to on my next Charleston visit. Again, we took Josh’s advice—he used to work in the culinary world after all and cooks up a mean dinner—and booked a table at Cypress. It’s not often I’m blown away by the meal—and I wasn’t even hungry to begin with so Layne and I split a plate—but the wasabi-crusted tuna over a bed of edamame was to. die. for. From there, it was across the street to the Gin Joint when the evening really began. As Lemon did for me on my own New Orleans bachelorette, I made Layne a “Photo Hunt ‘o Men” scavenger hunt list. And boy did she take her job seriously! Sorry, Brian, we made her do it! Like any good Charleston evening, we spent several solid hours at the Blind Tiger, and then ended at some dance club on King that I couldn’t even name if I tried. On Sunday, Kara and Kim took off following brunch at Macintosh, while Layne, Jabeen and I had a quiet night in. This year has been a wild ride, so I value these brief weekend respites with good friends even more than I once did. TwitterFacebookWhatsAppGoogle+BufferLinkedInPin It
Your Tennessee Bucket List: Must-Do Experiences in the Volunteer State One Day in Lisbon, Portugal: A Cruiser’s Guide
SHARE
[shareaholic app=”share_buttons” id=”20872682″]
JUMP TO COMMENTS
YOU MIGHT ALSO ENJOY 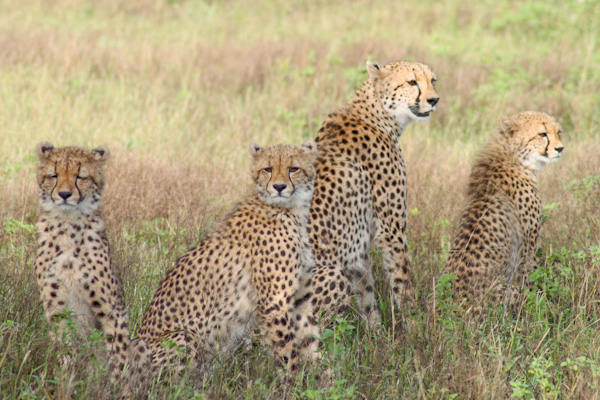