One promise I made to myself earlier this year was that we’d spend more time outdoors, both for Ella’s well-being but also our own. Tennessee is peppered with state parks—56, to be exact!—and natural areas for days. But health and a need for fresh air aside, there are also plenty of parks I’ve yet to take SVV to, and he can’t call himself a true Tennessean without having experienced these iconic spots. Why I love state parks

We’ve always been the on-the-go types, and it just so happens our jobs take us all over the country (and the world), so when we’re home, both of us have trouble sitting still (who’s surprised?)—our natural inclination is to be out doing something, doing anything. And while my home state Tennessee boasts the most visited national park in the country, the Great Smoky Mountains, and it’s one that we visit a couple times of year, we are surrounded by so many nearby state parks that are easy to squeeze in on a whim. 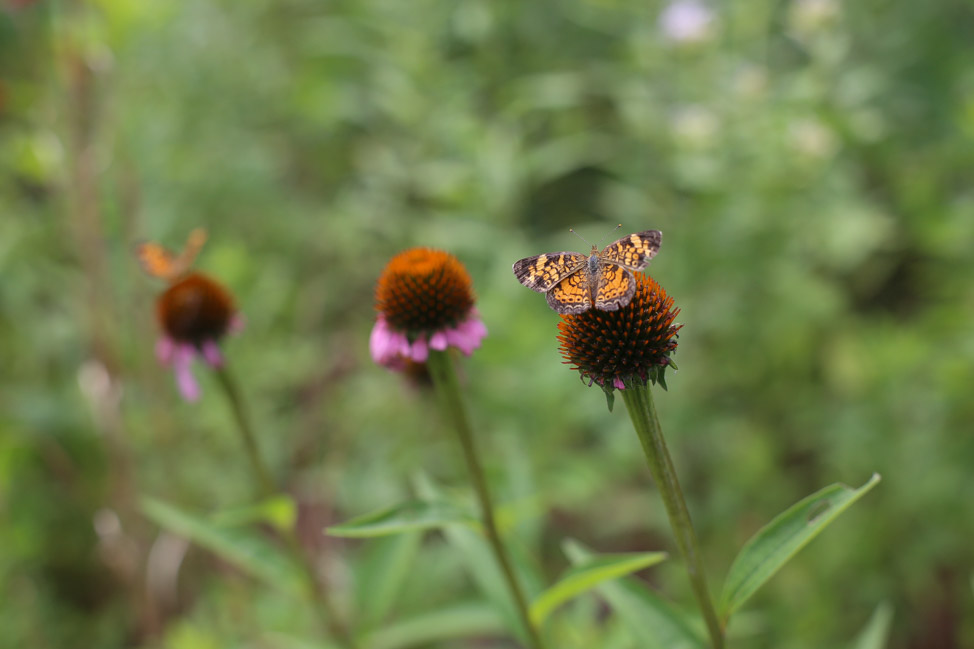 Our Tennessee state parks are also a) free, b) don’t require a lot of advance planning and c) allow dogs (as long as they’re on leashes). Triple threat! Whereas a beach trip, for example, might require months of preparation—and usually means we have to leave Ella at home—hitting the park is easy to do with just a water bottle, day bag, some trail snacks, sunscreen, bug spray, a camera, a fur friend if you have one, and a swimsuit and beach towel if you’re headed to the falls. 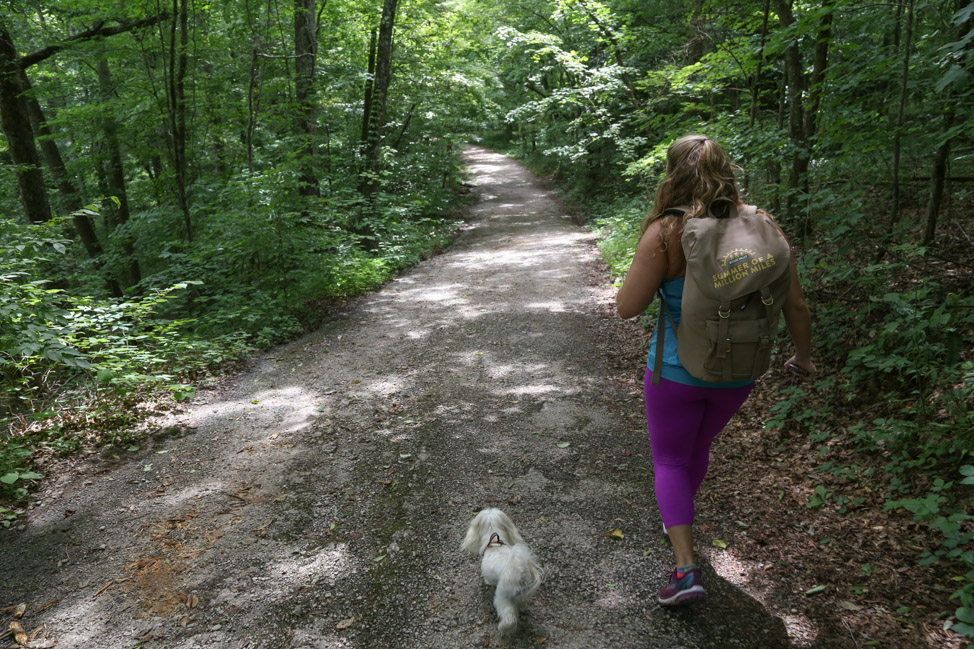 What many out-of-state folks don’t realize is that Tennessee is bursting with waterfalls—more than 300, in fact—and they’re usually gushing in summer months thanks to the ample rainfall we see in these parts. I often take for granted all the natural resources and lush, green foliage we have here.

Burgess Falls is one of Middle Tennessee’s most beloved treasures, a quadruple falls along the Falling Water River with views for days. I hadn’t been since I was wee, so it was like discovering it for the first time all over again—only with my favorite two hiking companions in tow. Due to significant flooding a couple years back, the staircase down to the main falls is currently inaccessible. The overlook, however, is open for business and you can still hike to some of the other falls, just don’t go expecting to descend the stairs to the main falls as they’re closed indefinitely (a park ranger told us it could take five years to rebuild it!). It’s completely worth the trek, regardless of whether you can swim or not. The River Trail/Service Road Loop is just a mile-and-a-half round-trip, and to reach the overlook only takes 15 minutes, so this is a good hike for those with kids in tow. The best part of all? Burgess Falls State Park is located right off of I-40 just south of Cookeville and is less than a 90-minute drive from Nashville and very accessible. Make it a twofer and hit up Cummins Falls while you’re there for some equally stunning scenery. While the lower falls, which plunges nearly 150 feet into the gorge, is definitely the park’s centerpiece, there’s also a butterfly garden tucked away in a parking lot on the way out of Burgess, not to mention the newly-opened Window Cliffs State Natural Area, comprising rock arches that make for great Instagram fodder. Know before you go

During summer when the kids are out of school, we’ve found the sweet spot for avoiding crowds is the hour immediately following the park’s opening. We arrived at Burgess Falls State Park shortly after it opened at 8am and did not see any other hikers until nearly 10, but by the time we left at 11 the park was brimming with groups of tourists. This early-bird-catches-the-waterfall-shot mentality allowed us time to meander at our own pace and take photos from the lookout that weren’t crowded with people in the background. And don’t worry, if you’re going to a state park where swimming is allowed, you’ll still be plenty warm and ready to take a dip by 10am! It’s so humid here right now, we were drenched in sweat by the time we made it back to the parking lot, and you’d think we’d jumped straight off the waterfall. Planning a summer jaunt to a national or state park? I’ve got plenty of ideas, both in Tennessee and beyond. 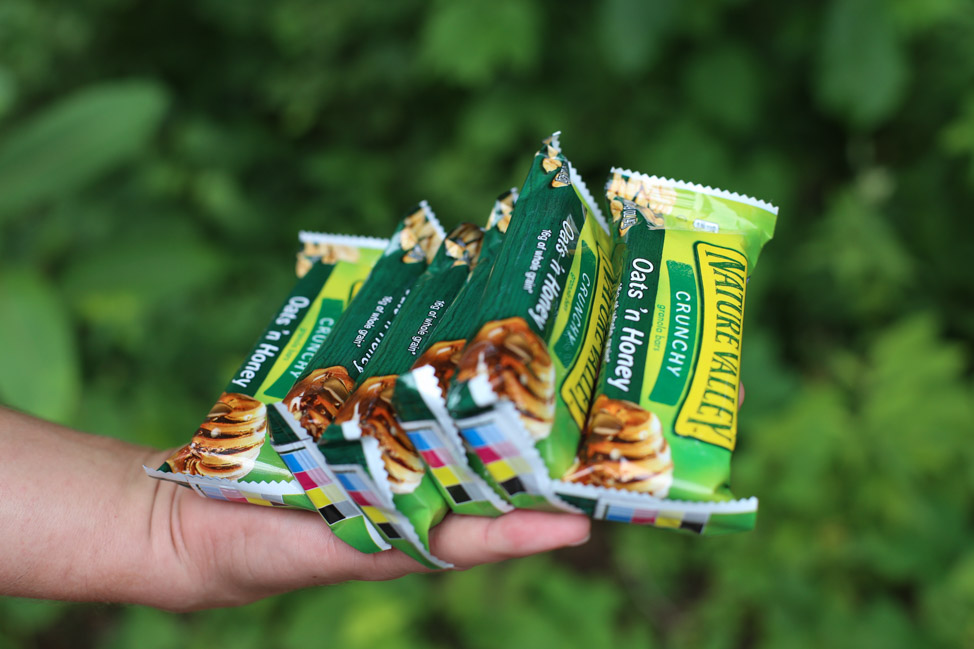 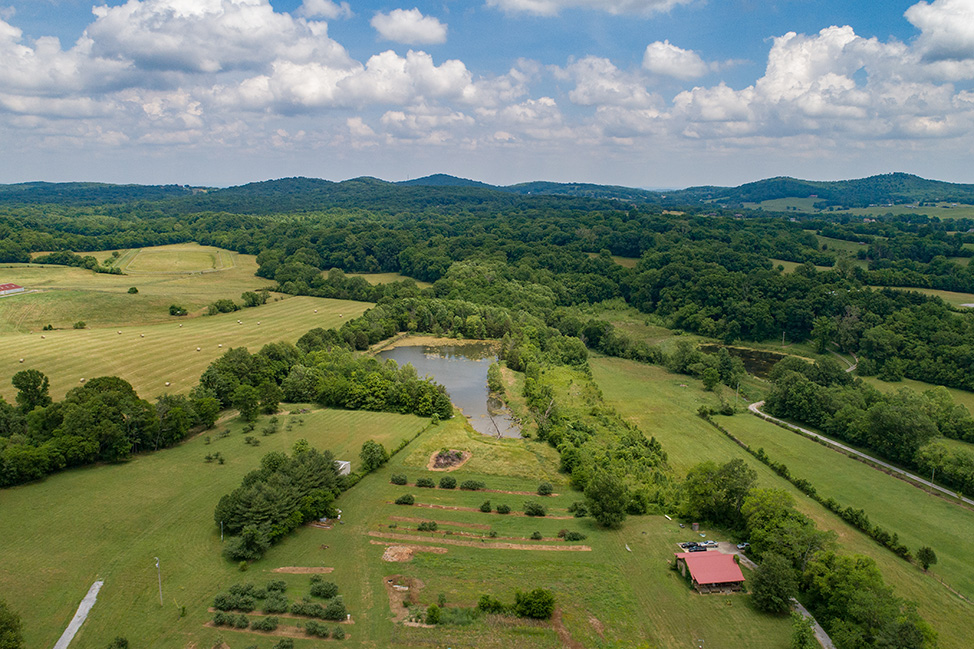 Eat Up: The Best Restaurants in Nashville, According to Me