Written by Kristin
You are here: Home / Blog / Cruises / A Story about Boobies (of the Blue-Footed Variety)
[shareaholic app=”share_buttons” id=”20872686″]

The most fun I had while on this May’s Enrichment Voyage wasn’t on the guided tour—though those all were brilliant, as well—but rather the impromptu water taxi ride many of us took later on the evening of our only full day in the Galapagos Islands. We had been told by our guides that for around $5 a person, we could hire one of the many taxis docked in downtown Puerto Ayora to take us along the fringe of Santa Cruz Island where the real wildlife could be seen. So we did. While we had mingled with our share of tortoises—the late Lonesome George included—all of us had yet to see the Galapagos Islands’ other icon. Yes, I’m talking about the booby. If you’ve never been to the Galapagos Islands, you should know that Puerto Ayora is peppered with storefront after storefront of the same old tourist kitsch (not unlike Panama City, Florida). Lonesome George and booby apparel occupy probably 90 percent of the merchandise. It’s pretty humorous actually, and even some of our most refined trip participants left the island outfitted in booby wear. I had to refrain from buying an “I saw boobies!” hat while there; I don’t think it would have gone with my wardrobe of dresses. Our first blue-footed booby sighting occurred not three minutes after we left the port. They’re everywhere along the craggy rocks that flank the perimeter of Puerto Ayora. Like the sloth in Panama, the booby is just downright funny looking. He has these wild eyes and a head that cranes straight up into the air and rotates side to side like a dashboard bobble-head doll. After we “oohed” and “ahhed” at his bright blue feet, and took plenty of snaps, we cruised off again into the creeping darkness. At that point, the motor began to sputter and die, as our little  speed boat unexpectedly shut down—right at the break where the waves were a good 10 feet tall. Uh-oh. We laughed nervously, hoping we weren’t going to have to call the Ecuadorian equivalent of the Coast Guard. I was already starting to feel the effects of seasickness among the crashing surf even though I had taken Bonine prior to our trip out to sea. But then an angel in the form of another water taxi appeared, and it happened to be carrying several others from our group. They brought us gas and ensured that we weren’t going to be shark bait off the island of Santa Cruz. Even better, it was transporting the parents, Pam and Karl, of one of our group, Hanna. “I’m 25 years old, and my mom and dad are still having to bail me out!” she sighed. As Pam and Karl laughed and explained to their driver that Hanna was their “hija,” their driver got excited and pointed to our driver: “es my padre!” So I guess the bailing out works both ways! Our booby days weren’t over, though. We continued on our way along the coast, where pairs of boobies were scattered among the volcanic terrain. 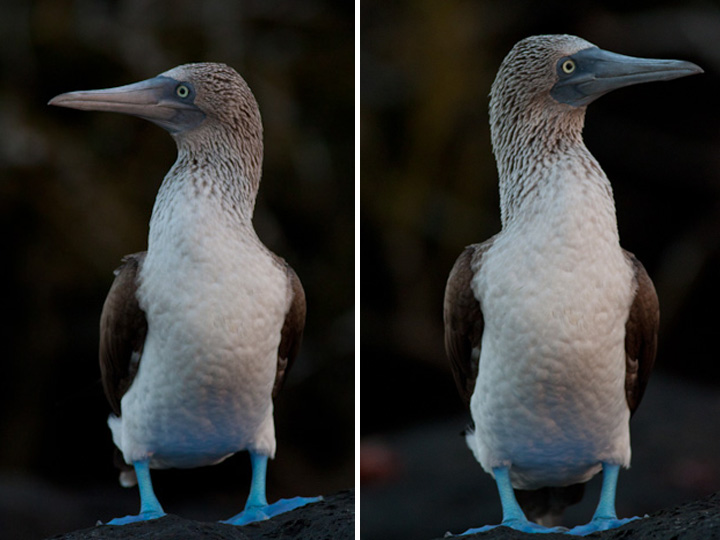 We continued to seek out the boobies until the lingering sunlight was no more, they began to retreat to their homes and it was time for us, too, to turn in for the evening. (Tip: If hiring a water taxi driver in the Galapagos Islands, be sure and negotiate the price before you go. We learned that the hard way on our first attempt. $5 to $6 a person for a two-hour ride is pretty standard if you have a full boat, so don’t let your driver charge you any more than that!)

A Pair of Weekend Getaways to Atlanta, Georgia