To say this week has been a little bit hectic and overwhelming is an understatement. At midnight last Monday, SVV and I returned from a much-needed, 12-day vacation to the Caribbean. On Tuesday, his parents arrived at our house, marking the first time we have seen them since leaving California in July 2011. On Wednesday, my beloved grandfather died. It was unexpected and without warning, which in some cases can be the best way to go. On Tuesday morning, as the ADT guys were at my house outfitting us with a camera security system, I received a call from my mom. Granddaddy, who had lived with my parents for seven years, had fallen and broken his neck and was in the hospital. But he had fallen many times over the years and was the most resilient man I’ve known; surely, he’ll get through this, too. The hospital didn’t even want to admit him, but finally his GP came by and insisted. Mom was with him all day, then Dad and I headed over there that night. In the three hours we were there, he faded in and out of a morphine-induced sleep, but each time he woke up, he’d sleepily ask me how was our trip to the Caribbean, what islands did we visit, did we go to Barbados as he and my grandmother had so many years ago. And, of course, had UT hired a new coach. (They did two days after his passing, though my thought is that he wouldn’t have been happy with the answer so he was better off not knowing.)

As I was driving to the Grammys nomination concert in Nashville on Wednesday night, I received a call from my cousin Kelly. Granddaddy was gone, just like that. An hour before, he had been talking (Fox News) politics with my cousin Andrew. Andrew and my dad (his son-in-law) were there when it happened. My cousin Rebecca immediately commented: “He never will find out what happens with the fiscal cliff.” I couldn’t help but laughing; she is completely right. The next few days were a blur filled with family visiting and a funeral that was absolutely perfect—I spoke on behalf of the grandchildren and somehow managed to hold it together—and then the weekend ended with us all Christmas-ing it up on Saturday night. Some may have thought it insensitive to still hold our annual ugly sweater party last night, but it was rather the opposite: an homage to Granddaddy. Up until Thanksgiving, he was at every party our family had locally, always with a glass of sangria in hand. So we made sangria and talked about our favorite memories of him and had one last night altogether until who knows when. As I said in his eulogy Saturday:

It’s hard not to be sad when such a huge presence leaves your life with no warning. I lived with him for the past year, and my day would start with greeting him at the kitchen at 8am each morning and him saying, “good afternoon, KIS-tin!” implying I should have been up hours before. He was always subtle like that.

And yet, it’s hard to wish for him to live on when he’s ready to go be with his bride again. He and my grandmother Dede had a love unlike any I’ve ever witnessed before, and the second I heard he passed away, I had this immediate vision of them walking toward each other, grabbing hands again and walking away into a (UT) orange sunset.

While there’s no doubt there will be a Granddaddy-shaped hole in all of our hearts for the rest of our lives, the comfort in this situation is seeing so much of him in all of each other, just as we do our Grandmother. And that’s something we will take with us forever.

I wrote his obituary for the local paper and thought I’d include it below so that you all could know about this amazing man who helped shape my life these last 30 years. We love you, Granddaddy, and not a day will go by when we aren’t thinking about you and Dede, walking hand-in-hand together, in the Great Beyond. William Samuel Housholder was admitted to the hospital on Tuesday morning for a fractured vertebrae, but despite his pain, he was still focused on the important things in life. “Have they found a coach yet for my Vols?” he asked when he awoke from a sedated state. His family regrets that he passed away before finding out the answer.

On Wednesday, Heaven glowed a little more orange when Mr. Housholder died unexpectedly from complications due to his injury at Harton Regional Medical Center in Tullahoma. He was 91, a devout Christian and a pillar of the local community, an usher at First Baptist Church from 1955 up until last week.

Mr. Housholder was born the youngest of seven siblings on Aug. 28, 1921 in Century, Fla. but spent most of his childhood in Knoxville, Tenn. He met his lifelong sweetheart, Doris Watts Housholder, during his high school years; they later married in 1942 and spent a total of 70 years together. Mrs. Housholder died in 2008 in Tullahoma after a battle with dementia. Not a day went by that he didn’t talk about her and how he looked forward to seeing her again. His family is encouraged by the thought of their joyous reunion. A math whiz and scholar with an elephant’s memory, Mr. Housholder graduated from high school at the age of 14 and went on to pursue a bachelor’s degree in business administration from the University of Tennessee in Knoxville (Class of 1941). At UT, he was on the Student Council; a varsity and all-conference tennis player; a proud brother of Sigma Nu fraternity, for which he served as President; and a member of ROTC. He was a co-op student with Alcoa Aluminum during his college years.

Once he and Mrs. Housholder married in 1942 at Fort Sanders Presbyterian Church, they immediately relocated from Knoxville to Camp Wheeler, Ga. for Mr. Housholder’s officer refresher course in combat tactics with the U.S. Army. In 1944, he left his bride behind as his division was assigned to England. In May of that year, he headed overseas on a Swedish liner and landed in Liverpool after 14 days at sea.

The following year, he was transferred away from General Hodges 1st Army to General Patton’s 3rd Army to take over the south flank defense in the Battle of the Bulge. Once his troops breached the line, they moved to the Saar River. Patton gave orders not to stop there, but to move on to the Rhine, and the division moved up to the Ruhr Pocket and spent the rest of the conflict in Dusseldorf, Germany. Mr. Housholder was the S-1 for the 302 Infantry.

His regiment received orders that there were assigned as occupation troops in Sudetenland, keeping the Czechs from slaughtering the Germans who had mistreated them during Hitler’s reign. They were ordered to parade through downtown Prague and be involved in turning the free Czech Army back over to their elected leaders.

His 94th division convoys left Czechoslovakia heading west for Aschaffenburg, Germany. At the end of 1945, Mr. Housholder was assigned to the 80th Infantry Division. He traveled by train to Le Havre, France and he crossed the channel to Southampton, England, where he boarded the USS Lake Champlain that would transport him home, finally.

“The Statue of Liberty has never looked more incredible than when we passed her on the way to the Port of New York. Upon disembarking, we were moved to passenger cars to make the last leg of our journey to be discharged,” he recalled in a past interview. “My first objective was to find my wife who was to meet me in our assigned quarters. I had looked almost everywhere when I saw this beautiful young lady come around the corner of the barracks. It was Doris!” After his years in the U.S. Army, Mr. Housholder changed careers: He passed his CPA exam in 1951, opened an office in Nashville, then relocated his family and his business to Tullahoma in 1955, where he lived until his death. Before his death, he told his son Bernie, “I moved to Tullahoma and finally found a town that offered everything: friendly people, excellent living facilities, excellent educational facilities and a prosperous economic outlook.”

Most locals remember him for his warm, ever-present smile, his respected reputation as a businessman, having started the CPA firm Housholder Artman, PLLC in 1955—and for the mid-70’s baby blue Datsun, lovingly dubbed the “Smurfmobile,” that he was seen driving around town up until it finally broke down for good a few years ago. His son-in-law Greg Luna, who called Mr. Housholder “the father I never had—and a good buddy,” is managing partner of Housholder Artman, PLLC and has been with the firm since 1982. “For 35 years, Bill built the business by forming close personal ties with everyone he came into contact with. Many of those business relationships he formed more than 50 years ago remain today—as well as the friendships.”

Mr. Housholder retired in 1988, but continued to come into the firm regularly in the years that followed. He spent 50 years living among his closest friends in Oak Park Circle, then moved in with his daughter Jeanie and her husband Greg on the east side of town in 2005.

During the six decades he lived in Tullahoma, he was a member of First Baptist Church, where he served as superintendent of the adult and young people’s department, as a church trustee and as an usher throughout the 57 years of his membership. He also was a member of the Tullahoma Rotary Club and served as president in 1979. He was a Paul Harris Fellow, a member of University of Tennessee Space Institute Support Council and an active golfer and tennis player at Lakewood Golf & Country Club. He was a former member of the prestigious UT Development Council and UT National Alumni Council, as well as the Coffee County Cancer Society officer, Coffee County UGF officer, and the Coffee County chapter of the Sons or the American Revolution, for which he was at one time president. He also was a volunteer bookkeeper to the Tullahoma Suicide Crisis Center and the Coffee County Senior Citizens Center and donated his time to other charitable organizations doing tax returns for free. His grandson Andrew Housholder, an emergency medicine doctor with he U.S. Air Force, was with him when he passed away on Wednesday and said, “Something that I could never imagine happening happened in front of me. This man of granite, carved from stuff that no one recognizes anymore, was gone. He was a great man, a proud man, a guy who valued his good mind and independence. The experience was holy in many ways, sacred to watch him pass from this life to the next. Now he’s with his beautiful bride, and he is at peace.” TwitterFacebookWhatsAppGoogle+BufferLinkedInPin It
Christmas Gifts for All: My Holiday Wishlist Ireland Travel: 7 Ways Dublin Redeemed Itself
SHARE
[shareaholic app=”share_buttons” id=”20872682″]
JUMP TO COMMENTS
YOU MIGHT ALSO ENJOY 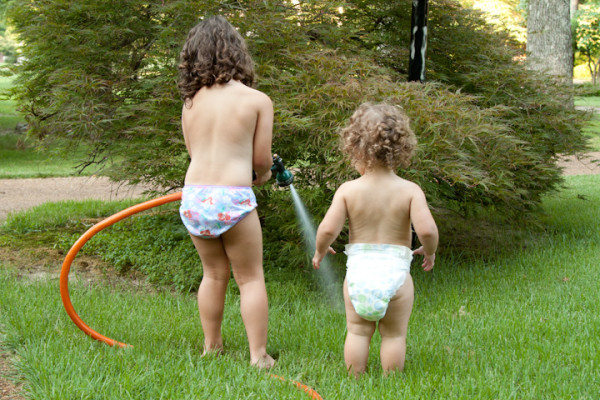 The Adventures of Kiki & Coco 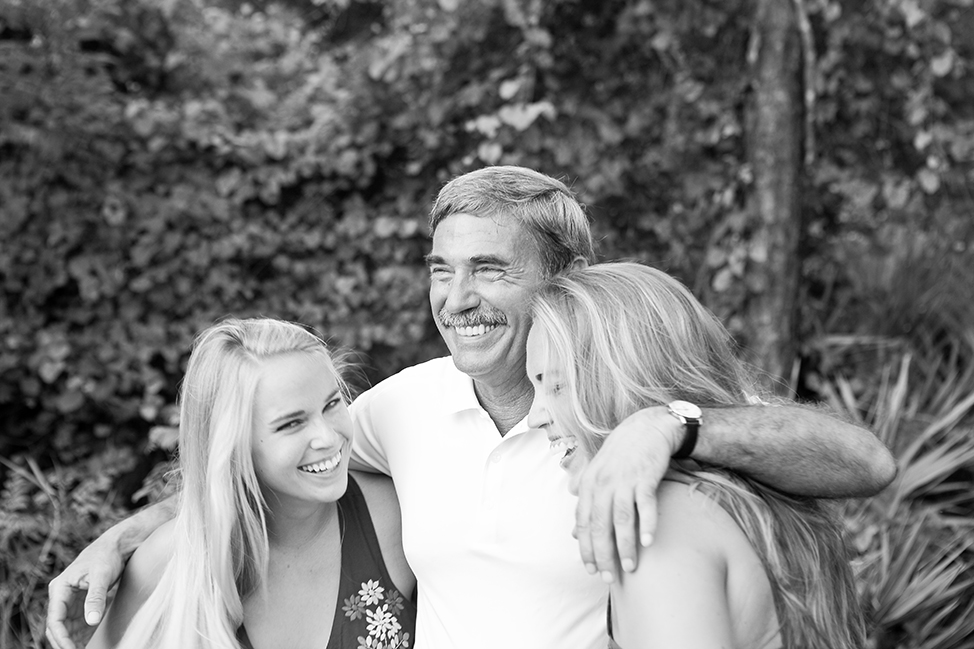 Dealing with My Dad’s Stroke