After recent visits to full-service resorts and all the travel we did on Semester at Sea using hotel points at big chains, it was a nice change of pace to arrive in Savannah—the ultimate destination for bed and breakfasts—and check into the Azalea Inn & Gardens. It had been awhile since I’d stayed in a B&B, and with as much as I like meeting other travelers, this would be my preferred method of travel—if all inns were as nice as the Azalea, that is. One of the four Savannah Inns members, Azalea has 10 rooms, and I stayed on the second floor in the Live Oak Canopy. This king bed might have been the most comfortable, luxurious bed I’ve ever slept on—especially as I had it all to myself (something I took full advantage of!). I loved the green color scheme of my room—so soothing—but my absolute favorite part was the big, airy windows, one of which opened onto a beautiful balcony, overlooking the pool. (Yes, Azalea even has its own pool!) And I actually lit the fireplace in my room this time. I love sleeping with the windows open, but it was surprisingly chilly for south Georgia in March—60s during the day, 50s at night—so the fire enabled me to enjoy the fresh air while keeping warm. Each of the other rooms had a different theme and color palette, too. I’m not sure which one was my favorite, but the two-story Cottage Garden House beside the pool is a top contender. The inn’s interior was regal without being stuffy. Local SCAD students had painted faces over the murals in the dining room to depict locals such as the real estate agent who brokered the deal and other funny details you have to examine closely to find (I’ll save the jokes for your own discovery). But what truly made this a memorable stay was the effervescent owner and innkeeper, Teresa Scott Jacobson, a dead ringer for Reba McEntire (or a prettier, much younger Kathy Griffin…depending on who you ask). Teresa and her husband bought the Azalea a decade ago while vacationing in Savannah and moved out from San Diego shortly after. Teresa added a whole new element of fun to my time in Savannah—it was like reconnecting with a long-lost best friend, even though we only met that week—and I’d relay some of her best jokes here were this not a G-rated space! Teresa’s assistant, a four-pound Yorkie named Joey, is always present to greet new guests, bid you good morning at the bottom of the stairwell or at your feet during breakfast to clean up after you. Obliging chap, that Joey. Speaking of breakfast, Teresa serves a full-on feast at 8:30am each morning. It was really nice being able to mingle with other guests, a few of whom wound up joining us late night in the parlor for the (complimentary) sherry that was left out for us night owls. And because Teresa obviously believes her guests need to leave with five pounds of extra baggage around their midsections, she also makes a fresh dessert each evening that’s available with late night coffee and tea (or sherry). You can see why I never wanted to leave. The Spirit of Savannah: Best Beer and Cocktail Spots 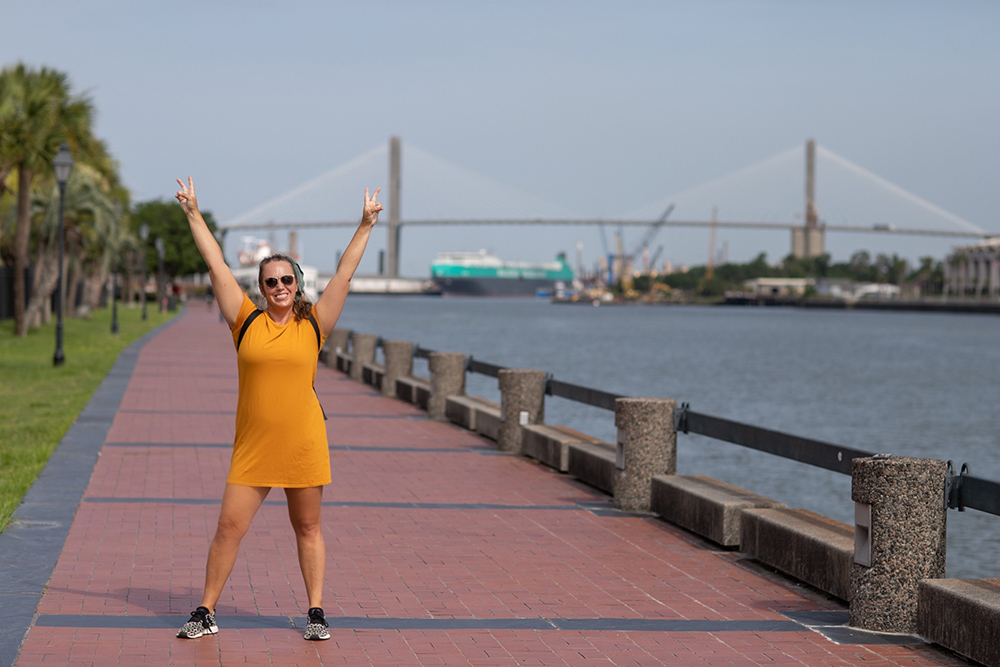 21 Iconic Things to Do in Savannah No Matter the Season