Well, Glad That’s Behind Us…

Written by Kristin
You are here: Home / Blog / All About Me / Well, Glad That’s Behind Us…
[shareaholic app=”share_buttons” id=”20872686″]
…was what I was going to say in reference to Friday’s court appearance. Unfortunately, it’s hardly been resolved. I was terrified to go into court Friday. TERRIFIED. Stupid, I know, for a measly speeding ticket, but I had such a scarring experience with the Pigeon-Faced Cop that I really didn’t want to have to see him again. My stomach had been in knots since June 18, when I got cited for doing something I didn’t do. I can’t help it. The law scares me. I’ve maintained such a clean record in my 25 years that I wasn’t really sure what to expect in court. In fact, just to illustrate how little I got in trouble growing up, my mom still laughs about the time I came home from school at 13 pleased as punch that I got detention–finally. And for being tardy, at that. I guess that was me releasing the “rebel” within. While my sister Kari was always in trouble, I was the one in the corner with a permanent halo etched above my cranium.I have been to court one other time when four friends and I were “arrested” (I use the term loosely as it never appeared on my record) for underage drinking. Funny, though, all of us passed the sobriety test with flying colors, and even at 18, I was smart enough to find a sober driver to drive my Mom-Mobile (that was back in the Taurus days) after consuming HALF A DAQUIRI. In a six-hour period. Unfortunately for four of us in the car, the fifth (a total idiot who did have a previous record) jumped in the backseat on our way back into town and left an open, unclaimed beer can that got us all in trouble. Luckily, though, the judge took one look at us clean-cut, well-coiffed ladies and dropped all charges, expunging everything from our records. (It doesn’t hurt that I hail from a small town, and the DA knew us all from the time we were in diapers.) Justin (the idiot with the record) didn’t get off so easily. Still, that was more than enough court time to last me the rest of my life. But at least I was accompanied by three friends and our parents. This time I had to go at it alone. 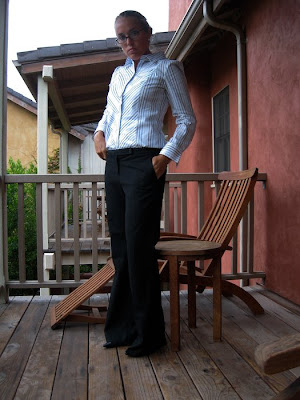 I had been needing to get back to Monterey/Carmel anyway, as my book deadline is looming a month and a half away (I’ve turned in ONE of 10 chapters…ack), and I hadn’t been down that way since Helle’s trip in April. So I went down a day and a half early so I wouldn’t be getting up at the crack of dawn for my meeting with the judge. And desperate time call for desperate wardrobes, I say. For the occasion, I broke out Corporate Kristin, a look that hasn’t seen the light of day…um, ever. Or maybe since mock trial when I was 17, if then. To give you some idea of how rarely I wear anything office-y, this ensemble hails from Express circa 2003. You know the days when I deemed Express actually worthy of wearing (present time it’s all sparkles and Jonas Brothers fans). It helps that I’m preparing for LASIK surgery and am condemned to wearing my geek glasses for three months. Instant sophistication points right there, I say. A tightly knotted bun completed the look, and I could have passed for a college librarian. I’ve also never tucked in my shirt, EVER, so it was just a day full of firsts.

Getting up early is probably one of my least favorite pastimes, right up there with cleaning the toilet and going to the dentist. If Jemima isn’t enticing me out of my warm bed at 5:30am for a run with lures of a bikini-ready body, chances are I lounge around until nearly 8. I do work from home for a reason. I really didn’t want to get out of the luscious goose feather bed at Bernardus Lodge in Carmel Valley, but I’ve heard tardiness does not go over well in court. So rise at 6 I did, and I arrived at the courthouse to a line 30 people deep. I couldn’t have felt more out of place. Everyone else was in sweats, ragged jeans, sometimes even pajama pants. Um, did they not get the memo about first impression being somewhat important? I had spent over an hour on the phone earlier that week trying to get a hold of someone at the court to discuss the procedure, considering every state’s traffic court is different, and the lady I finally pinned down was very brisk with me and said I needed to show up at 8 and request an arraigment. Which is exactly what I tried to do, only they wouldn’t let me speak to the judge. To do so, I would have to request a trial by court and return six weeks later. Ummm, NO. That would cost me more money in gas and time lost than if I just paid the $283 ticket. So I opted for trial by declaration (AKA writing a letter), with the option of traffic school should I be found guilty. All that time worrying and perfecting Corporate Kristin for nothing. And I’m a bit bummed, as I had my routine down pat, and I think I would have had a much better chance pleading my case in front of the judge than on paper. (P.S. Does anyone have experience with such a matter? I need to write a kick-ass letter to which the judge simply can’t find me guilty.) 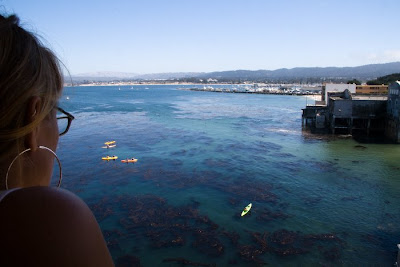 The silver lining to my cloudy day (both literally and metaphorically) was that SVV came down to join me for the weekend. We had a good time seal watching from our balcony on Cannery Row and visiting the famed Monterey Bay Aquarium (and me eating my weight in salt water taffy, something that seems to happen every time I’m down that way). I really like Monterey, even as touristy as the Cannery is and despite how the area seems to attract the World’s Most Obnoxious Children, accompanied by the World’s Most Obnoxious Parents Who Let Their Children Tear Around Restaurants, Ripping Down Curtains, Repeatedly Dropping a Rock on the Table Until Every Patron Gets Up and Leaves Out of Annoyance and Never Uttering a Single Scolding Word (none of you, clearly). Even despite all that.

So I’ll leave you with some pictures (all taken by SVV, natch): 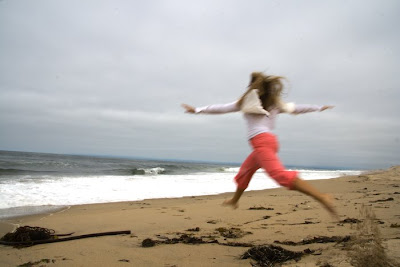 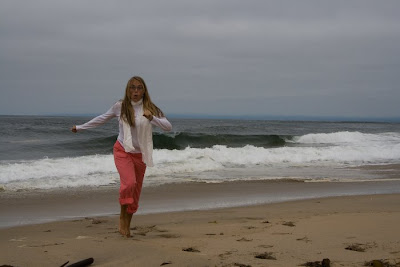 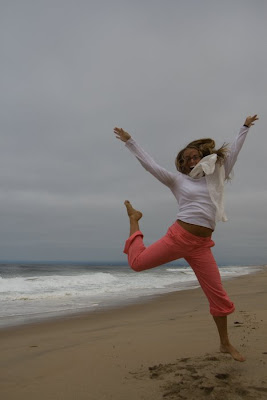 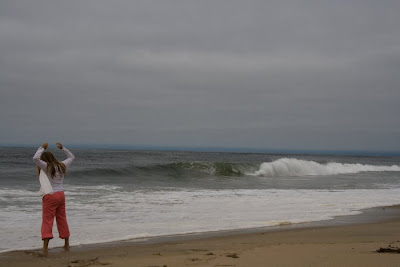 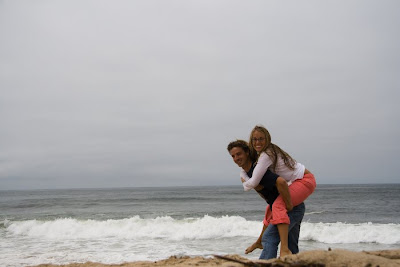 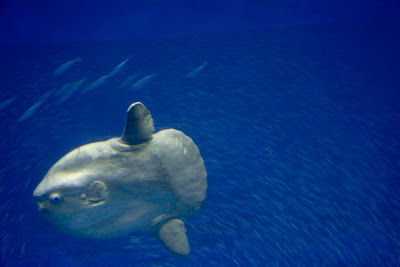 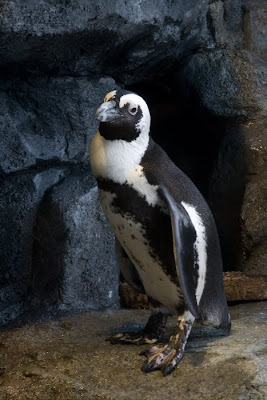 And videos of the weekend that I tried to upload yesterday (Flickr’s video function ROCKS! I’ve so been converted):

(Best viewed with sound off. Trust me.)

(Why I’d rather have an otter than a cat.)

TwitterFacebookWhatsAppGoogle+BufferLinkedInPin It
Relocated Facing Fears: Diving with Sharks in the Bahamas
SHARE
[shareaholic app=”share_buttons” id=”20872682″]
JUMP TO COMMENTS
YOU MIGHT ALSO ENJOY