On the Road Again: Our Next Big Adventure

Written by Kristin
You are here: Home / Blog / Adventure Travel / On the Road Again: Our Next Big Adventure
[shareaholic app=”share_buttons” id=”20872686″]

If you’ve been following my Tweets at all, you might have caught wind of the fact that we’re about to take off again…but this time for six weeks straight. (I know, I know…back from Hawaii for all of three days and already we’ve begun packing for the next trip! If it makes you feel any better, a lot of my time in Hawaii was spent getting up at 6am and working under East Coast deadline. It wasn’t all laying by the pool.)

Back to the announcement at hand…we’re jumping on board and taking a stab at this whole digital nomad business. I kid, I kid. Like staycation, that’s a term that is used so tirelessly in the travel blogging world that it makes me a bit suicidal. But we are seizing opportunities: You see, I’ve worked so much already this year that I’ve made about 75 percent of my usual salary on a good year (the beauty of being self employed). And SVV has the unique opportunity not to work for a few months as well; as such, a couple friends are subletting our apartment for two months and we’re hitting the road. First up, we’re traveling the West for six weeks, then we’re meeting both SVV’s and my parents in Montreal for two weeks of follies in Canada and New England.

It’s going to be epic.

But I suppose you might be interested in hearing more about our Western travels now. SVV’s parents bought a luxury trailer a couple years ago for family use. So far the family, uh, hasn’t used it (other than his parents who have taken it up to Oregon for a couple of long stretches). Back in November when we realized it looked like SVV might have a few months off, we asked if we could monopolize the thing for a few weeks—it started off as three and, as I got ambitious with plotting Google maps, quickly jumped up to six and change. And so here we are, exactly three weeks from our departure date with few plans other than a couple campground bookings and a tentative itinerary for where we’ll stop. Here’s where you come in. I’d love any insider tips, must-dos, must-eats, places we just can’t pass without stopping by, etc. in the following destinations:

I’ve been to a few of these places, but the majority of spots are foreign to both SVV and me, and we’re sort of going at this blindly, which for a Severe Type A Planner myself is about the most stressful idea ever.

Oh, and we’ll be taking Ella, too. Of course we will. Being without her for 12 days in Hawaii about killed us; as if we could leave her for a full 46 days! (The final count being 46, as we’ll stay at SVV’s parents’ house in suburban Fair Oaks for a couple days on each end.)

So go ahead, spill, chime in. Show us your local knowledge and travel-planning chops. Also, playlists. Yes, your ultimate road trip playlist: That would particularly come in handy, lest we be at risk for murdering each other in the back of a trailer on day three, our carcasses left to rot inside the 19-foot vehicle for months until buzzards replace where our living bodies used to sit and SVV’s parents start to wonder why their trailer never made it back safe and sound. We’ll be forever indebted if you help us prevent this likely occurrence! 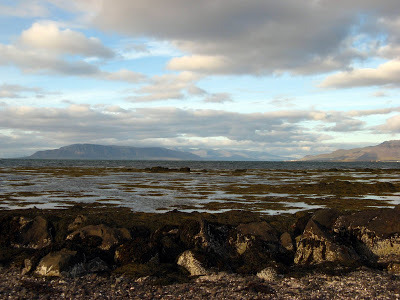