How to Survive Your First Bonnaroo

Written by Kristin
You are here: Home / Blog / Tennessee / How to Survive Your First Bonnaroo
[shareaholic app=”share_buttons” id=”20872686″]

Are you heading to Bonnaroo later this week? If so, color me jealous. The venue is practically in my backyard, and yet, I’m currently on a ship somewhere in the middle of the North Sea (meaning, don’t feel too sorry for me). Bonnaroo is one of the greatest—and wackiest—things to happen to the county in which I grew up, and while I’m not super jazzed about this year’s lineup as a whole–with the exception of Mumford & Sons, Edward Sharpe & the Magnetic Zeros, the Lumineers, Macklemore and a few other select acts—I’m still envious of all of you who will be there in my absence. Last year, after attending my fourth Bonnaroo, I jotted some notes to myself that I wanted to share for all of you making the trek down, up or over to Manchester this weekend:

Verizon Wireless. I mean, I guess this is something you can’t really help now, can you? In which case I should warn you that those with AT&T in years past have not had service on the Bonnaroo grounds (or in the area in general), and yet, I’ve never had trouble getting a signal with Verizon. If you’re going with a group and one of the members has Verizon coverage, start kissing up now (and bring a backup battery as you’re going to need it!). Otherwise, if you don’t Instagram every moment of your weekend, then a) how are you going to enjoy yourself? and b) it never actually happened. (I kid, people. Cool your jets. I hear all the kids are on Snapchat these days anyway. Instagram was so 2012.)

Remember where you parked your car. Write down the exact locale and draw a map if need be. Then write it down, again, in a second location as backup. This could make or break your marriage, trust me. In 2007, the first time I brought SVV home with me and his inaugural experience at the ‘Roo, we nearly broke up—actually, strike that, we did break up for a couple weeks (or something like that)—as neither of us could recall in what lot we had parked and spent three hours at 2am traipsing about in the mud looking for our borrowed vehicle. Not how you want to spend the end of your Bonnaroo experience (or marriage, for that matter). Make concrete plans to meet up with friends in advance. Think you’re going to text your friend when you arrive and an impromptu meeting is magically going to work out? Think again. Rarely happens, and I speak from experience. The grounds are massive, and the people number close to 100,000. It’s extremely hard to make on-the-fly plans happen once you’re under Bonnaroo’s spell (and/or at the mercy of AT&T).

Bring baby wipes, hand sanitizer. For those of you brave souls who are camping, do your neighbor a favor and “shower” with a baby wipes bath and, for the love of God, use hand sanitizer before you pass over that bong and get your three-day-old germs all over him.

Arrive early for the headliners. While What Stage (otherwise known as the main one) is situated on a seemingly endless field, somehow it becomes a shoulder-to-shoulder sea of people. I’d suggest getting there an act or two before the main headliner each night to secure a spot to sit, or stand. All I remember is having a near-panic attack last June while waiting for Radiohead to go on and realize I was smack in the middle of a potential mob scene, from which I couldn’t escape. VIP passes aren’t worth the added cost. In the early days, the VIP wristband got you free drinks, food and the like. These days, it hardly offers more than a quiet space in which to sit and closer parking. If you get one for being press, good for you; otherwise, save your money for Crif dogs.

Keep Zyrtec and eye drops at arm’s reach. It’s dusty, it’s dirty, there’s a whole lot of crap flying around. Even if you don’t have bad allergies now, you’ll develop them over the course of the weekend. Be sure and stock up on some kind of allergy meds, nasal saline spray and/or drops to clean out your sinuses and keep your eyes clear.

Bring water-resistant clothing and things you don’t mind getting trashed. You never know what the weather will hold in Tennessee in June. It could be muddy as all get-out and you’ll be glad you have that poncho or light rain jacket to protect your base layers, or it could be spitting down rain in an unexpected arrival of spring showers. You just never know. I remember a Bonnaroo when we had hurricane-like downpours and the next day it was so muddy, my flip-flops sank in the deep mud beds, never to be seen again. (Also: bring a spare pair of shoes.) Other years, it’s been so painfully dry and dusty, you’d wish it would just rain like the dickens.

Use the Bonnaroo lineup app to create your schedule. I almost missed the Civil Wars show last year—the final time I’d be able to see them as an act, it turns out—because there were so many artists I wanted to see in that one day (including Ben Folds and .fun) that their time slot had slipped my mind. Don’t mimic my mistake and plot out who you want to see and when before you get there.

Have a lot of cash handy. Many vendors don’t take credit cards, and you don’t want to be deprived of that $6 beer simply because you expected to use plastic, do you? Pretend you’re going to a strip club and map out your wallet accordingly. Stock up on supplies before you arrive. Even if you think you’re going to want to leave the grounds once you get checked in, you won’t. Manchester is pretty bare bones when it comes to stores and other commercial offerings, but there is a decent Food Lion on Highway 41, as well as a Wal-Mart (also great for fem mullet-spotting) just off exit 114 on I-24, only a mile or two from the entrance. There are a number of great, locally-owned restaurants we recommend, as well, found in this post.

Traffic is inevitable. If you can arrive in the dark of the night or the wee hours of the morning and avoid it, good for you. Otherwise, it’s something you do for the experience.

HAVE FUN. And if you can, nab a Mumford for me. Or at the very least, one of his sons. Beggars can’t be choosers, after all.

TwitterFacebookWhatsAppGoogle+BufferLinkedInPin It
Photo Friday: Barcelona, Spain Advice to Graduates: This Is the Beginning of the Rest of Your Life
SHARE
[shareaholic app=”share_buttons” id=”20872682″]
JUMP TO COMMENTS
YOU MIGHT ALSO ENJOY 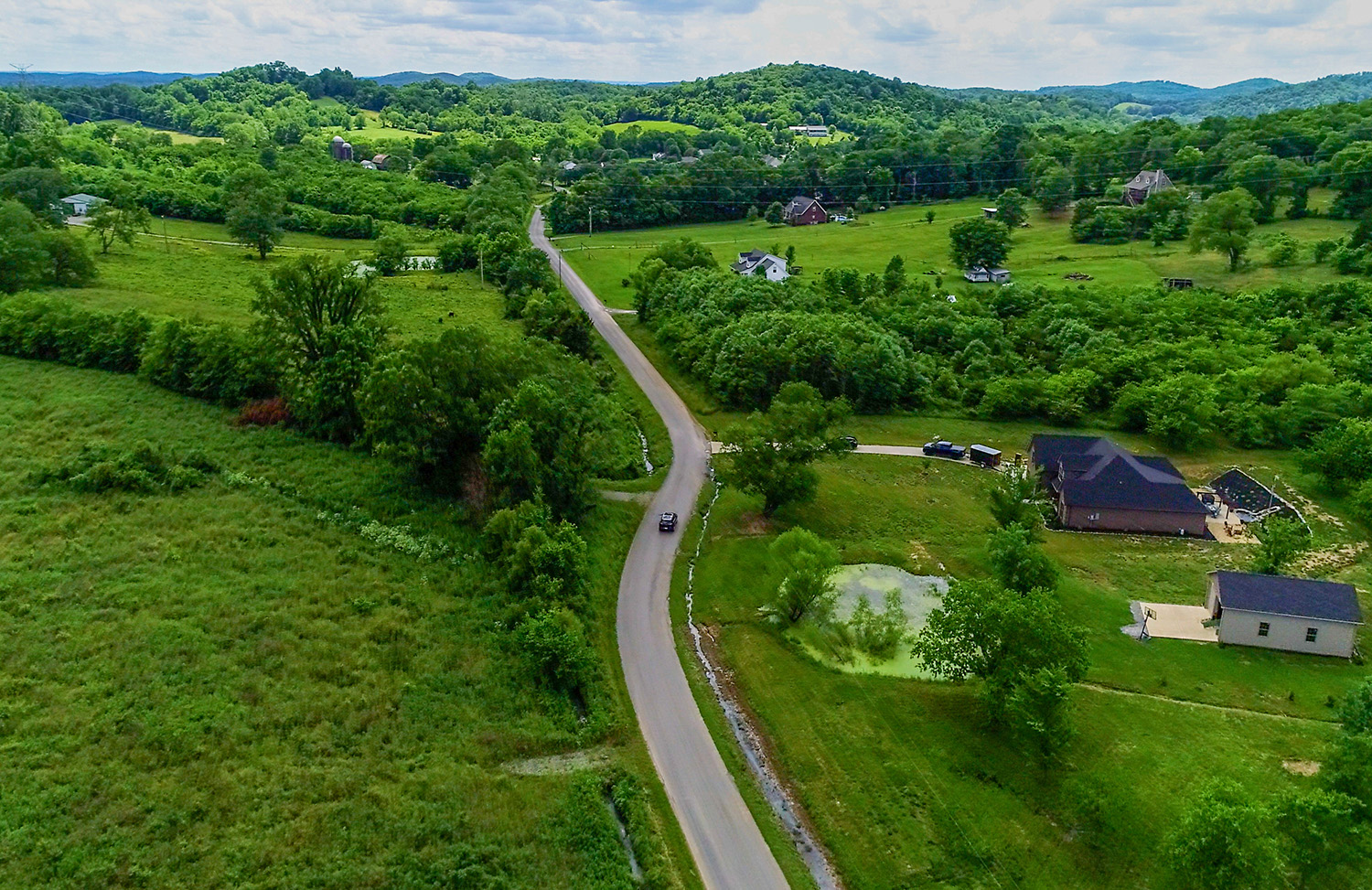 The Best Road Trips in Tennessee 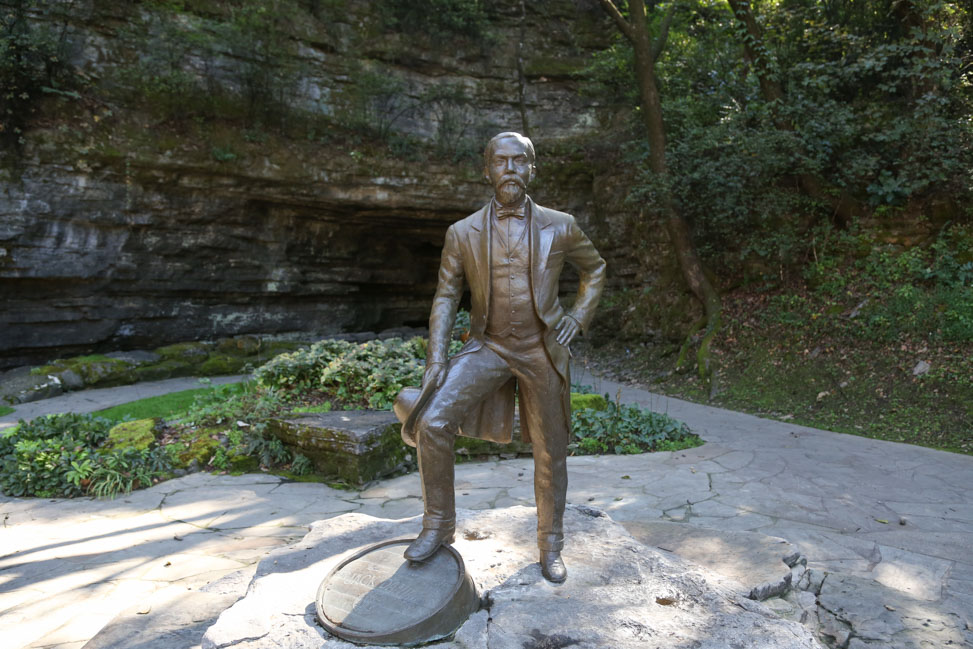 Tennessee Whiskey: How to Do Jack Daniel’s Distillery Right